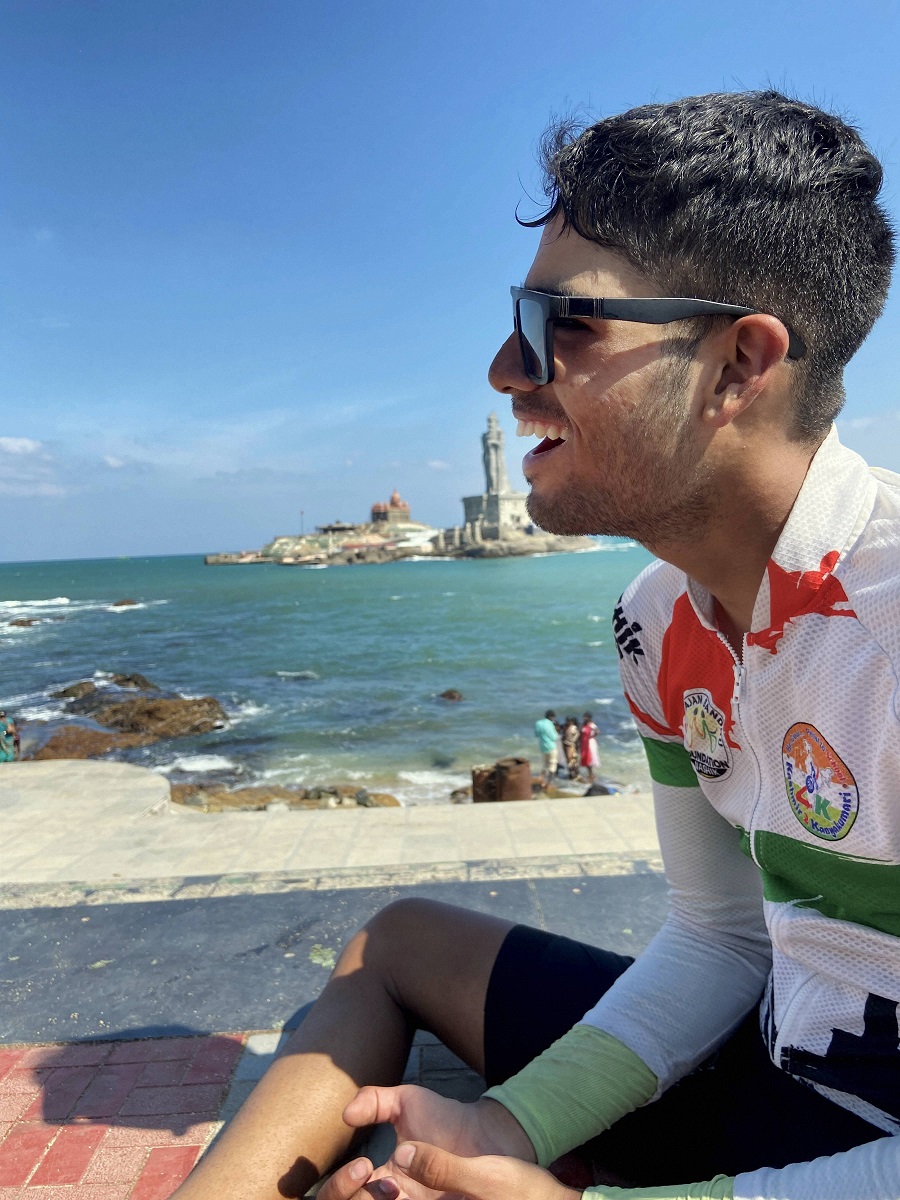 Om Mahajan will be turning 18 only next month, but he has already broken the record for the fastest bicycle journey across India.

Mahajan, a resident of Nashik in Maharashtra, covered the distance of 3,600 km from Srinagar to Kanyakumari on bicycle in eight days, seven hours and 38 minutes, finishing on Saturday afternoon.

“I was always into cycling, but it was more about sprinting. I began to dream of endurance cycling and taking part in the Race Across America (RAAM) after lockdown began,” Om said.

“About six months ago, I began training for the qualifier ride for RAAM, which was to happen in November,” he said.

But rather than going for the standard 600-km qualifier ride, Om set himself a “Race across India”.

He started from Srinagar on a chilly night last week, and braved heavy rains in Madhya Pradesh and punishing heat down south before reaching the destination.

The existing Guinness Book record for the fastest bicycle ride from Srinagar to Kanyakumari is held by his uncle, Mahendra Mahajan. However, that record was recently broken by Lt Col Bharat Pannu, who cycled the distance in eight days and nine hours, though it was yet to be entered in Guinness Book.

The younger Mahajan had set his eyes on Pannu’s record.

“Sleep or even rest was a luxury,” he said, adding that riding in the cold was the toughest part.

On Saturday, as news of Om’s accomplishment spread in the cyclist community on social media, Lt Col Pannu was quick to congratulate the 17-year-old.

Om’s father Hitendra and uncle Mahendra had won the RAAM as a team of two in 2015. They also hold a record for the fastest ride along the Golden Quadrilateral.

The pandemic delayed his departure to Kansas, US, where he has enrolled for a graduate course in sports management, Om said. But it also gave him time to train.

An experienced crew of cyclists, including his father and uncle, as well as RAAM solo finisher Kabir Raichure accompanied him in a vehicle as his “support team”.

“I only cycled the distance. A major part of the credit goes to the crew. This is our collective record,” Om said.

His next challenge is RAAM, often described as the toughest cycle race on the planet. To finish it successfully, Om will have to ride 4,800 km within 12 days.

But for now he can enjoy the luxury of taking in the sunset at Kanyakumari beach, without once looking at the watch. PTI