A treasure trove of Jurassic-era fossils in Jharkhand : The Tribune India

A treasure trove of Jurassic-era fossils in Jharkhand

The fossils present in the Rajmahal area are the centre of interest for scientists involved in research on the facts related to the Jurassic period around the world. 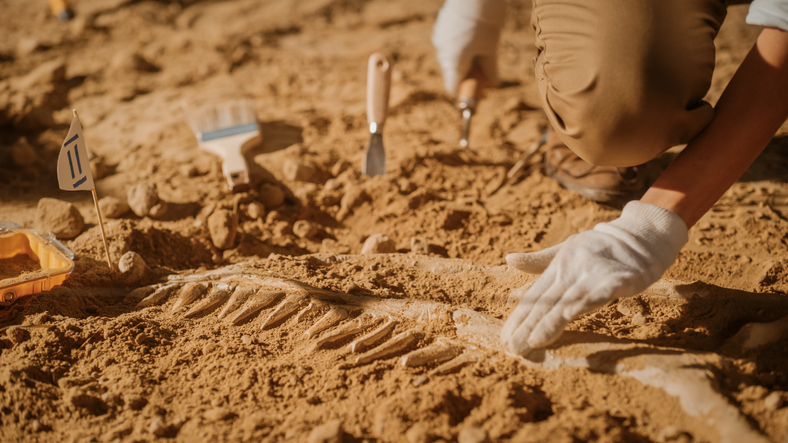 Countless fossils dating to the Jurassic-era are present in the hills and foothills of the Rajmahal in Jharkhand, said to be 500 million years older than the Himalayas.

Geologists and paleobotany have estimated the age of these fossils from 68 to 150 million years. The results of recent research for a project by Lucknow-based National Botanical Research Institute are expected to throw more light on the subject.

According to Dr. Ranjit Prasad Singh, Professor of Geology in PG College, Sahibganj, who participated in the research project, the hills of the palace are made of a large geological upheaval.

The indications from research and study are that it was a large oceanic field and many incidents of volcanic eruption changed the geological structure and ecology there.

A team of the Institute had discovered fossils here a year and a half ago at a place called Dudhkol. The fossils had impressions of trees of the Jurassic period. It is estimated to be 150 to 200 million years old.

A key conclusion of the research is that fossils belong to trees that may have been food for herbivorous dinosaurs.

The fossils present in this area are the key centre of interest of scientists who are doing research on the facts related to the Jurassic period around the world.

Many teams from all over the country and abroad come here for studies throughout the year. Recently, a research team from New Zealand was there.

A few years ago, scientists associated with the Geological Survey of India (GSI) had found egg-like fossils, which were like zoo reptiles, in the Katghar village here.

A large number of fossils have also been found in Sahibganj, Sonjhari and Maharajpur, Tarpahar, Garmipahar, Barharwa areas of Pakur district. In carbon dating, it has become clear that the hills of the Rajmahal are 500 million years older than the Himalayas. These hills are spread in about 2,600 sq km and its highest height is 567 meters.

Geologist Dr Ranjit Prasad Singh, who was part of several research projects on the Rajmahal, told IANS that many mysteries related to the existence of dinosaurs can be decoded if the entire area is excavated in a scientific manner. He says that the government should establish a resource-rich research centre here so that the history recorded in the stones here can be presented to the world.

Experts lament that due to carelessness of the authorities, several crucial information and records were lost mainly due to the stone mafias' illegal activities.

However, a few years ago, the Jharkhand government took an important step towards preserving the fossils.

The government has constructed Fossils Park in Sahibganj Kemandro at a cost of Rs 16 crore. The work is now almost in its final stages.

Jharkhand Chief Minister Hemant Soren has shown interest in this project. He had said in the Jharkhand State Wildlife Board meeting last month that the fossils present in the Rajmahal Hills are not "minor stones", but pages of history and the government will leave no stone unturned to preserve them. IANS

US Embassy said such requests would not be entertained throu...