The previous record holder was Yao Defen (China) who recorded an average height of 233.3 cm (7 ft 7 in) when last documented back in 2010 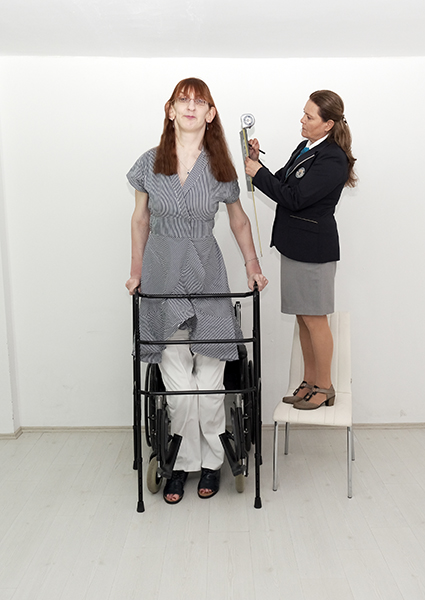 24-year-old Turkey’s Rumeysa Gelgim has been named as the tallest living woman by Guinness World Records with a height of 7 feet and 0.7 inches.

Rumeysa was re-measured this year, after she was first awarded the title for the tallest teenager living (female) back in 2014, when she was aged 18, as per guinnessworldrecords.com.

Rumeysa tall stature is a condition called Weaver syndrome. This is an extremely rare condition that causes accelerated growth amongst other abnormalities, including skeletal maturation, as per Guinness World Records The condition means that Rumeysa uses a wheelchair most of the time, but can move for short periods using a walker.

Ever since her first record in 2014, Rumeysa has felt it was important to use her platform to educate others about rare medical conditions such as her own.

She says that her height makes people intrigued when they pass her on the street, but most people are kind and supportive when they meet her for the first time.

In her free time Rumeysa likes to go out for nice meals with her family and finds swimming really helps her to relax. Her family are very happy and proud of her for having the Guinness World Records title.

It's particularly fascinating that Rumeysa is from Turkey, as alongside Sultan Kösen (251 cm; 8 ft 2.8 in), both the tallest living male and female record holders are now from the same country - a rare occurrence in Guinness World Records history.

The previous record holder was Yao Defen (China) who recorded an average height of 233.3 cm (7 ft 7 in) when last documented back in 2010.