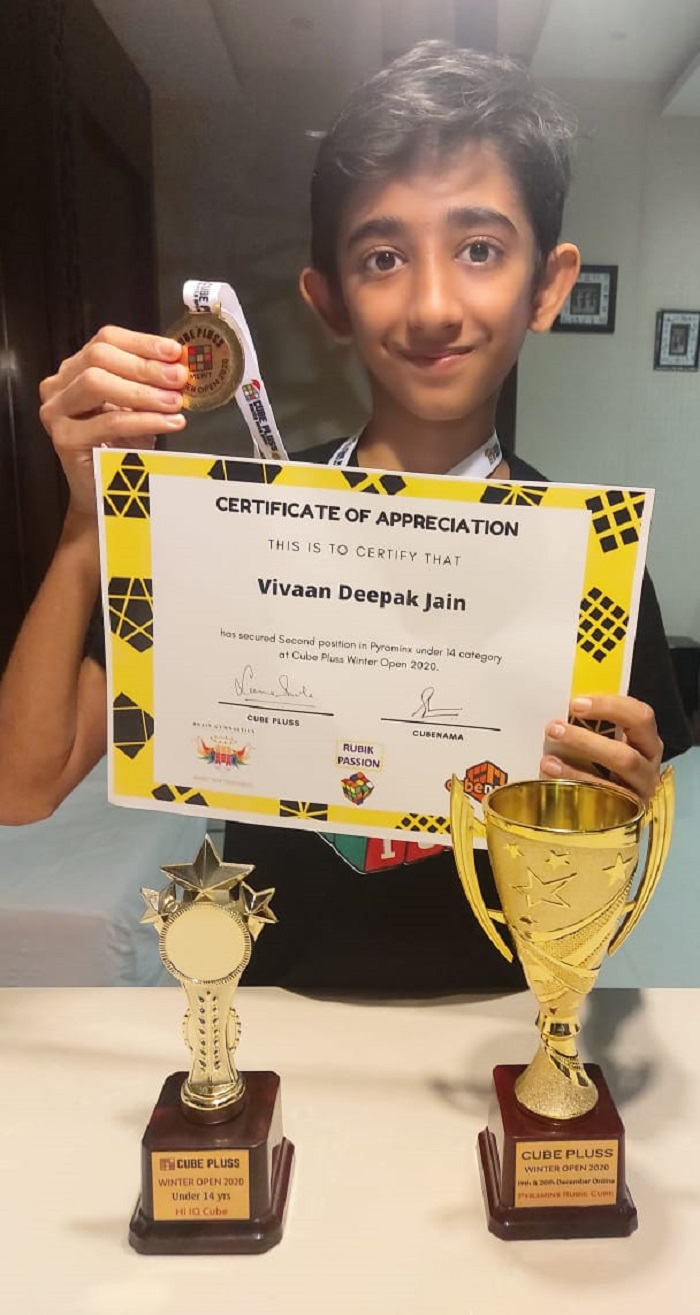 They participated in different categories of the tournament where they outperformed their counterparts and won accolades.

Class VI student Vivaan, who participated in Cube Pluss Winter Open in one category of WIOS tournaments, won the Gold medal in a 3x3 level of speedcubing. He also emerged as the 2nd runner up in solving Pyraminx puzzle and secured first position in solving 4x4 & 5x5 High IQ Megaminx cube in a given time.

Reyansh Botadra, a student of Class III bagged three trophies and Gold awards in Online Rubik's Competition of the same tournament. He got first position in solving Pyraminx Cube and emerged as the 2nd runner up in solving Skewb cube.

Congratulating the winners Dr Madhu Singh, Principal of the school, said, “We are very proud of our students for winning laurels in this international tournament. We have won a total of six medal at the speedcubing. Such competitions strengthen our resolve in sharpening our students’ problem-solving skills, which will serve to help them effectively in making important decisions in the future. Vivaan & Reyansh have made a remarkable achievement at such a young age. Team BHIS Malad wishes them all the support and luck for their all future endeavours”, she added

Cube Pluss Winter Open 2020 is a company that trains the kids for the different types of Rubik’s cube and it also provides speed cubing. It also trains kids for the various achiever’s records also.