Brrr! Some schools close as extreme cold grips US Northeast 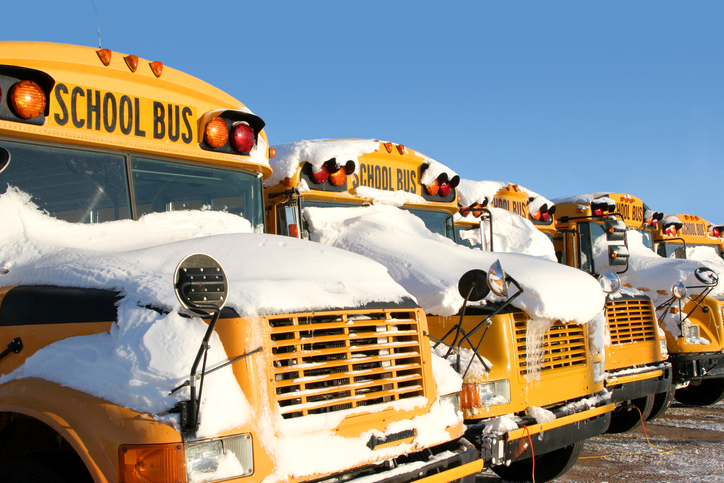 A mass of arctic air swept into the Northeast on Tuesday, bringing bone-chilling sub-zero temperatures and closing schools across the region for the second time in less than a week.

Schools in Massachusetts three largest cities — Boston, Worcester and Springfield — cancelled classes, saying they did not want children standing outside for extended periods of time waiting for buses.

“There has been an increase of covid with transportation personnel, which would result in buses running up to 30 minutes late," according to a tweet from the Worcester public schools. “The safety of our students and staff are always the focus of our decisions." Low temperatures can result in frostbite to exposed skin in as little as 30 minutes, according to the National Weather Service.

Syracuse, New York, Manchester, New Hampshire, and Burlington, Vermont, were among communities that also closed public schools. The closures came just a few days after many school closed because of snow Friday.

Wind chill temperatures in areas near lakes Erie and Ontario in New York state were expected to drop as low as minus 30 degrees Fahrenheit (minus 34 Celsius) by the afternoon. To make matters worse, parts of the state were expected to be hit with up to 2 feet (0.6 meters) of lake-effect snow and winds gusting up to 40 mph (64 kph).

The high temperature in Vermont on Tuesday was expected to be several degrees below zero in some areas with wind chills of up to minus 35 (minus 37 C).

In New Hampshire, it was minus 26 degrees (minus 32 C) atop Mount Washington — known for its weather extremes — with a wind chill of nearly minus 72 (minus 58 C) as of 8 am. That was actually warmer than earlier in the morning.

The Mount Washington Observatory posted a photo on Facebook of a frozen plate of spaghetti supporting a fork.

Temperatures dropped into the single digits Fahrenheit in many areas of Massachusetts, with the wind chill making it feel well below zero.

The New Hampshire Department of Health and Human Services announced Monday that four COVID-19 testing sites overseen by the state would be closed Tuesday because of the cold. The sites are in Claremont, Manchester, Nashua and Newington.

Testing sites in Springfield and Chicopee, Massachusetts, also closed Tuesday because of the cold.

Central Maine Power said it is encouraging customers to weather strip windows and open drapes to let in heat from the sun and allow sunlight to reduce reliance on electricity during the cold spell. AP