Chandrayaan-2 confirms presence of water molecules on the Moon 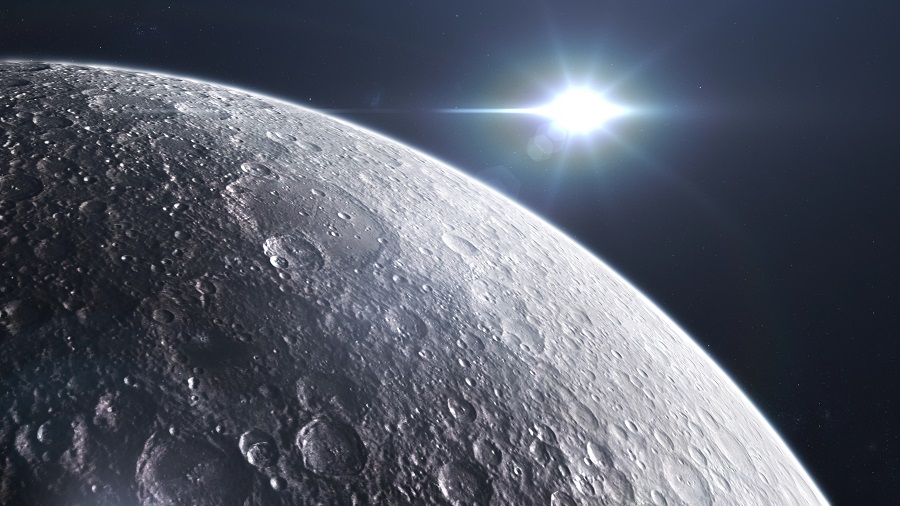 Chandrayaan-2, ISRO's second lunar mission, has detected the presence of water molecules on the Moon, data obtained from the mission has revealed.

In a paper co-authored by A S Kirankumar, former Indian Space Research Organisation (ISRO) chairman, said imaging infrared spectrometre (IIRS) is one of the payloads on-board Chandrayaan-2, which is placed in a 100 km polar orbit to acquire global scientific data.

“The initial data analysis from IIRS, clearly demonstrates the presence of widespread lunar hydration and unambiguous detection of OH and H2O signatures on the Moon between 29°N and 62°N lat., after incorporating physics-based thermal correction to reflectance data,” the paper which was published in Current Science journal said.

Plagioclase-rich rocks have been found to have higher OH (hydroxyl) or possibly H2O (water) molecules when compared to the mare regions, which were found to have more dominance of OH at higher surface temperature, it said.

The development also assumes significance considering that Chandrayaan-2 did not yield desired results.

Planned to land on the South Pole of the Moon, Chandrayaan-2 was launched on July 22. However, lander Vikram hard-landed on September 7, crashing India's dream to become the first nation to successfully land on the lunar surface in its maiden attempt.

The orbiter of the mission is working fine and has been sending data to Chandrayaan-1, the first lunar mission, and showed evidence that there was water on the Moon, the paper said. PTI