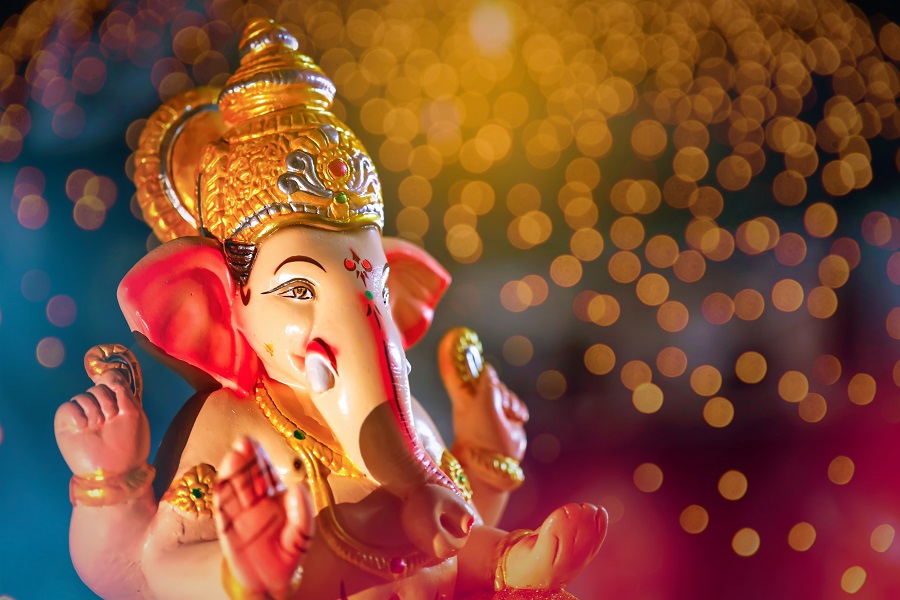 Students of a government school in the Satna district of Madhya Pradesh have prepared eco-friendly Ganesha idols in their chemistry lab from potash alum, a water purifying chemical compound, to spread the message of "science for environment".

The group of eight students from the Venkat Higher Secondary Excellence School No 1 struck on the idea last week during their class with their chemistry teacher Dr Ramanuj Pathak.

The idols, about 1.5 ft tall, were moulded and prepared on Ganesh Chaturthi day on September 10.

"We were discussing in the class about how idols, statues made of plaster of paris and paint pollute the environment and damage the ecosystem after immersion. It was then that we decided to put science into action and hence the idea to create eco-friendly Ganesha idols of alum in our chemistry laboratory came about," Pathak said.

Pottasium alum or simply called alum is a water purifier and a double-salt chemical compound which not only purifies water but also leaves no harmful residue. Alum also has antiseptic properties and multiple medicinal uses, he said.

"When we immerse idols made of alum into water bodies they are not polluted but instead cleansed," Pathak said. Those made from plaster of paris are hard and insoluble in water as they have calcium sulphate and end up polluting and choking the water body.

Even idols made of clay are adorned with wood, varnish, paint, fodder, paper and other items which are not eco-friendly and dirty the water, he said.

The students have now installed the idol created by them in the chemistry lab and plan to immerse it on the Ganesha 'visarjan' day.

"We started the experiment with first heating the alum on the gas burner in the lab and melting it in glass beakers. It was later cooled and put in a cast made of wet flour," Pranshu Gautam, a student, said.

The teachers at the school informed that potash alum melts at 92 degrees Celsius and starts boiling around 120 degrees Celsius. It is then allowed to cool for about 30 minutes after which liquid alum is put in a cast made in the shape of Ganesha.

Pathak said alum can be purchased from the market at around Rs 40 per kilogram and one such idol of 1.5-2 ft height can be made for just Rs 3.

The crystalline idol looks nice even without using paint or colours, however, organic colours can be used to beautify it, he said.

Pathak said he and his students are looking to take this experiment further and prepare Durga idols during the upcoming Durga Puja/Dussehra festivities "so that the message reaches more people and everyone can come together in the initiative to celebrate our festivals with care for the environment." Once successful, such idols of Ganesha and Durga can be made on a commercial scale too, he said. PTI