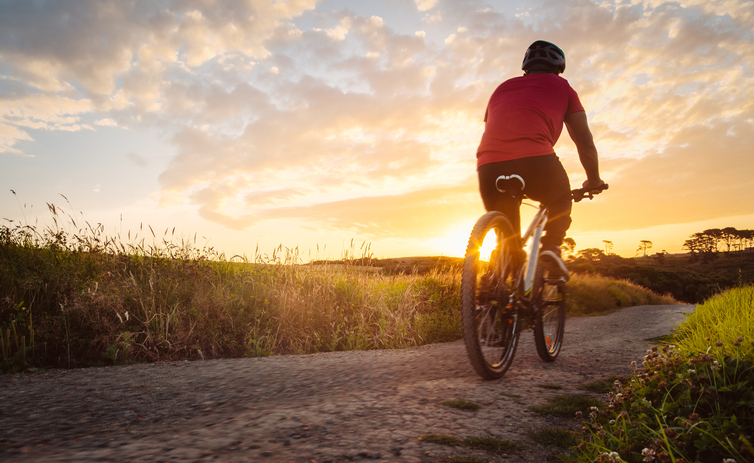 This 40 year-old man from a remote Mawnai village in Meghalaya's Eastern West Khasi Hills district has scripted a history — riding over 40,000 km on his bicycle to inspire young people to bike for health, freedom of mobility and for the environment.

Born in Mawnai village, 52 km west of here, Pyniarlang Nongbri earned his first bike when he was a kid and started taking cycling more seriously when he enrolled himself for a PhD degree in Delhi's JNU in 2005.

Since then, he has clocked a record for himself and for many young professionals, riding over 40,000 km, with cycling becoming easier with curbs due to the pandemic.

In 2021, the Strava app on Dr Pyniarlang's mobile phone showed he completed 11,172 km with a maximum riding time of 675 hours which includes his riding to work and to scenic locations across the Khasi Jaintia Hills districts.

“I managed to ride 234 days last year. Thanks to the pandemic which gave me an opportunity to sneak out and I could go to far-off places avoiding contact with people and keeping myself safe from the COVID-19,” Dr Pyniar told PTI.

“From the distance and the time, in 2021 my average distance was 47.7 km every single ride I took. It was an achievement personally,” he said.

In fact, Dr Pyniar has never hopped on to a motor car or bus since his return from Germany in 2013 as he goes to and from work on his bike (bicycle) and even biked on sightseeing trips to far off places like Tawang, Kaziranga, Darjeeling and Sikkim, many times alone.

Technically, Dr Pyniar bought his first single speed bike when he was in JNU commuting from his hostel to the University and exploring Delhi on his cycle.

During his 4 and a-half years at the Friedrich – Schiller University in Jena to earn his PhD on 'plant microbe interaction', Dr Pyniar has made it his life's mission to ride for health and for the environment.

On his return from Germany in 2013, he joined the Bio-Tech department of St Anthony's College here as a faculty.

While his friends and colleagues would ride in the most comfortable modern cars to work, the Assistant Professor prefers to commute on his modest bike.

“It is a fact that I love riding. It is a passion and the freedom to do my things at my own pace,” he said, quipping that even Shillong's worst traffic nightmares could never stop him.

He said apart from the passion he acquired right when he was a kid to ride, Dr Pyniar said that cycling has made him healthier and that it was fun to feel the cold breeze hitting his face.

Dr Pyniar's passion to ride has also influenced many young riders to take up cycling and this is a big thing as environment concerns are at its all-time high in 2022, a spokesperson of the Meghalaya Cycling Association said.

The Association has helped build cycling racks at his college so he and other cyclists can park their bikes safely. The Association has also installed another bike rack at St Edmund's College as many kids have taken to their bike to commute to these educational institutions too.

“We want to express our gratitude to Dr Pyniar for his passion and love of cycling. We are moved by his commitment to cycling which has a beneficial effect on his health, his concerns for the environment and for being the reason for one less car on the road. We congratulate him on having completed 40,000 km on his bike,” the MCA official said.