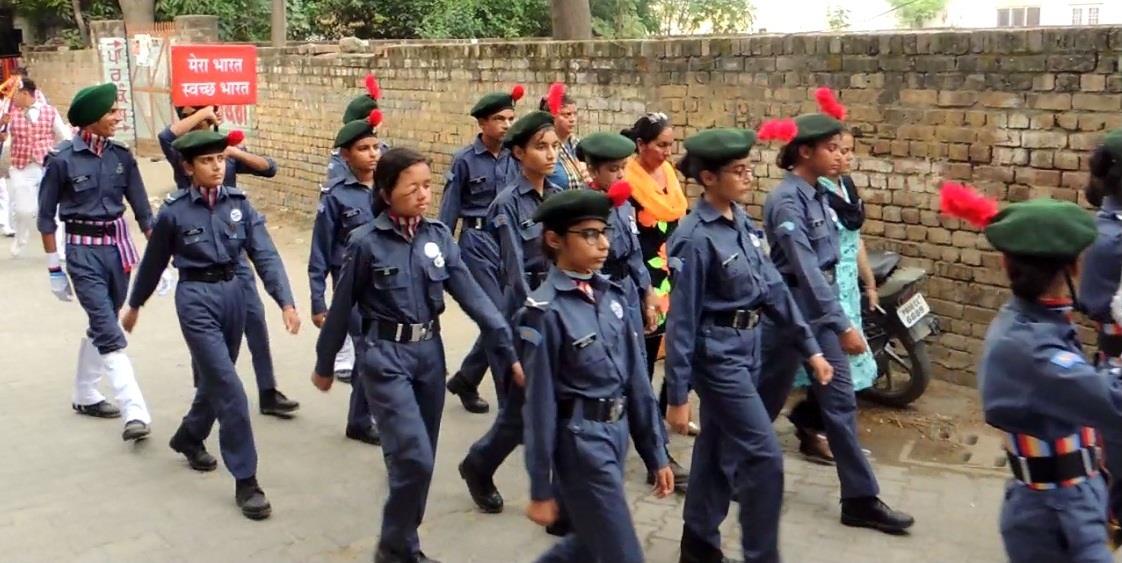 An awareness rally on cleanliness was initiated by the Municipal Corporation, Adampur, in which students of the school participated with enthusiasm. NCC Air Wing cadet Surkirat Singh Cheema held the National Flag in the front followed by the school flag held by Aren Massey, along with cadet Aranjot, Jasmeet Singh. During the rally, the cadets, along with school band team members Harshdeep, and Eklavya, marched gracefully. The rally started at Municipal Corporation's Office in Adampur and concluded at Clock Tower, where EO Raam Jeet, Pooja, and members of the Corporation were also present. Students were raising slogans of Swacch Bharat Abhiyan, which were appreciated by the local residents and the parents of the students with claps. Staff members Jasvir, Priya, Ashwani, CEO Mohit S., HFO Sardha Singh, along with support staff Mukesh, Ajay, Hemraj, and Balwinder Singh, participated in the march to create awareness about cleanliness among local people.