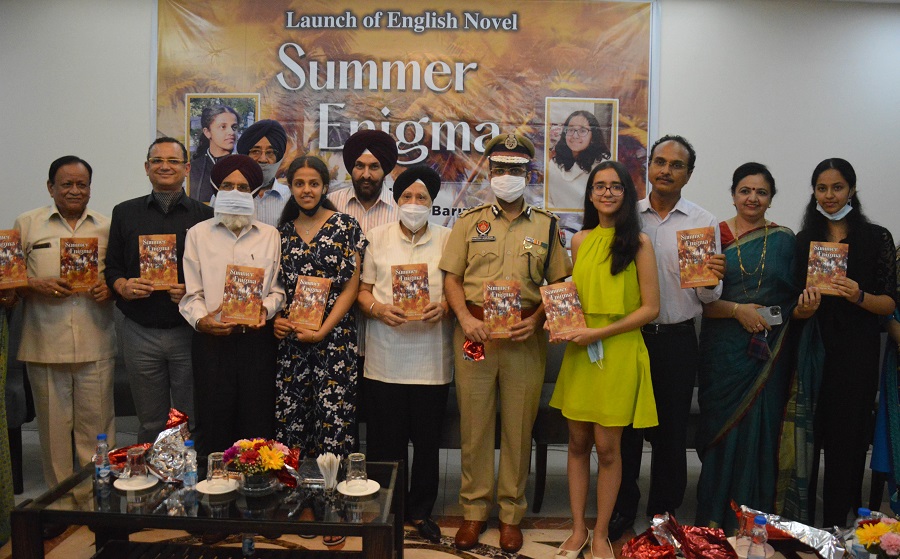 Dr Surjit Patar among others releasing a book written by 14-year-old Pratibha Sharma and Baruni Arora.

Pratibha Sharma is the daughter of the Ludhiana Deputy Commissioner. She along with her friend Baruni Arora penned this novel.

Speaking on the occasion, Pratibha and Baruni said during the lockdown period, they decided to pen their thoughts that eventually took the shape of a novel. They used to study together in Jalandhar. When Varinder Sharma was transferred to Ludhiana both remained in touch through social media and fully utilised their time for writing novel. The book’s title cover has been designed by Pratibha’s elder sister Madhvi Sharma.