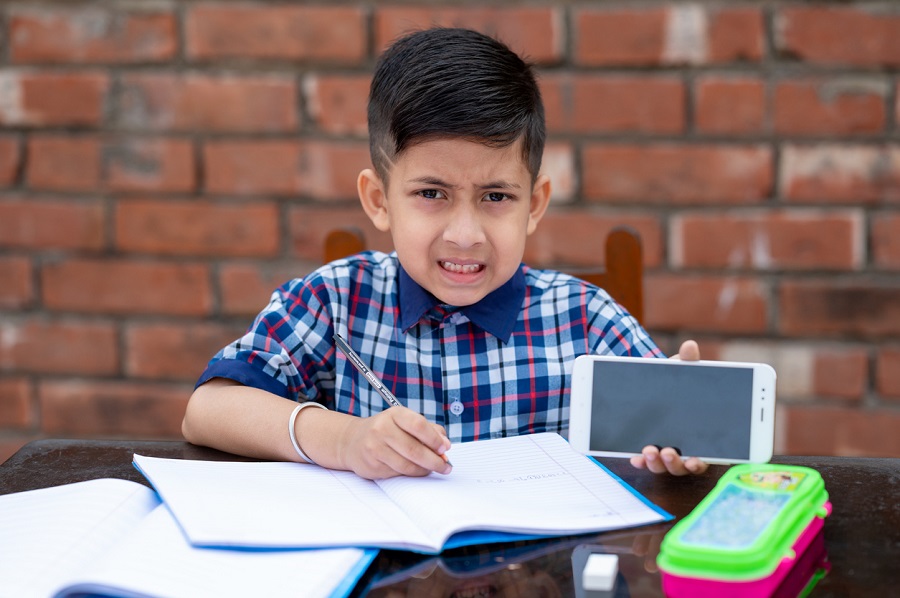 Students of government schools and their parents are enthusiastic about online studies as a majority of schools seem to have achieved higher targets in conduct of bimonthly tests than traditional monitoring examination during normal times.

While poor parents are rescheduling their daily chores to enable their wards use their smart phones to take the tests, students, too, have focused attention on appearing in all tests according to the prescribed date-sheet.

The families which could not provide equipment for online tests are being provided hard copies of question papers by the teachers.

Students of various schools affiliated with the Punjab School Education Board are busy appearing for periodic tests according to the bimonthly distribution syllabus for April and May of the academic session, physical classes for which are yet to start.

Teachers had been teaching the students through WhatsApp groups and online classes of various subjects through software of their choice. Youtube channels, Google classroom, telecast of lectures on NCERT Channel Swayamprabha and DD Punjabi programmes recorded under Padho Punjab Padhao Pumbab mission were used to impart basic knowledge about various subjects to students of various classes.

The education department had organised a webinar to impart training to the teachers for the smoothest conduct of online examination as well as assessment of answer sheets. The webinar was reportedly attended by over 30,000 school teachers across the state.

Jasbir Singh Sekhon, Ludhiana district mentor for science stream, claimed that over 90 per cent students in majority of 533 schools of the district had appeared in bimonthly examination being conducted at present and a large number of schools had exhibited hundred per cent virtual attendance of students.

“Students are enthusiastic about the online tests and even some students from migrant families, who had returned to their native states, had also attempted these tests,” said Sekhon adding there were still others who appeared online from their work sites.