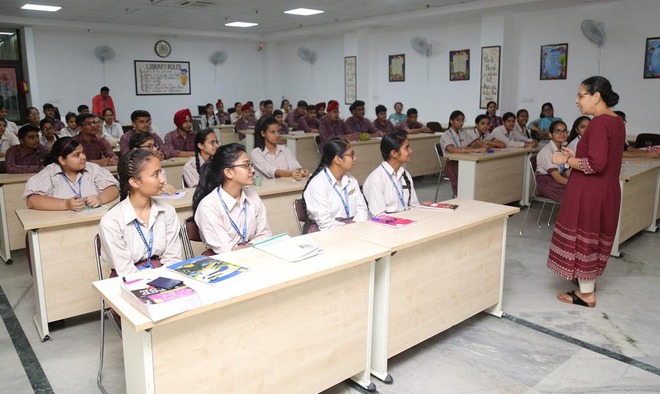 Parents are calling it discriminatory and Online exams are also being sought for classes IX and XI. The controversy related to the examination has now reached to institutions like the National Human Rights Commission and the National Commission for Protection of Child Rights.

According to the Directorate of Education, Government of Delhi, students studying in classes III to VIII will not have to take the annual examinations. The directorate said that this decision will be applicable to government and government-aided schools. This decision of the Delhi government is not acceptable to the millions of parents whose children study in private schools.

Parents have alleged discrimination, saying that whether government or private, all schools are closed for children studying in small classes for almost a year.

President of Delhi Parents Association Aparajita Gautam said, "We have written a letter to the Governor and the Chief Minister. We have raised the issue that the education department has addressed the concern of student studying in government school while children of private schools have been ignored." Gautam said, "Till now we were appealing for online exams of 9th and 11th class. The Education Department did not respond to our appeal. From above, the department issued orders only for the children of 8th class in the government schools.

"Now, by writing a letter to the Governor, Chief Minister, NHRC and National Commission for Protection of Child Rights, an appeal has been made to conduct online exams of classes IX and XI in private schools of Delhi." At the same time, President of All India Parents Association, Ashok Aggarwal said, "We welcome the decision of the Delhi government but it needs further improvement. In addition to the students up to the eighth standard, the government should adopt the same policy for the students of class 9th and 11th. Due to Corona, all the students of Delhi who are studying in small classes are not able to go to school. In this case, this rule should be applied to private school students also."

According to Vaibhavi, a student of Class 11, studying in a private school in Delhi, said, "There is no regular education in schools. We have studied online for the whole year. In such a situation, examinations could also be conducted online, but this decision has not been implemented. Now the offline examination has also been announced from next week." IANS