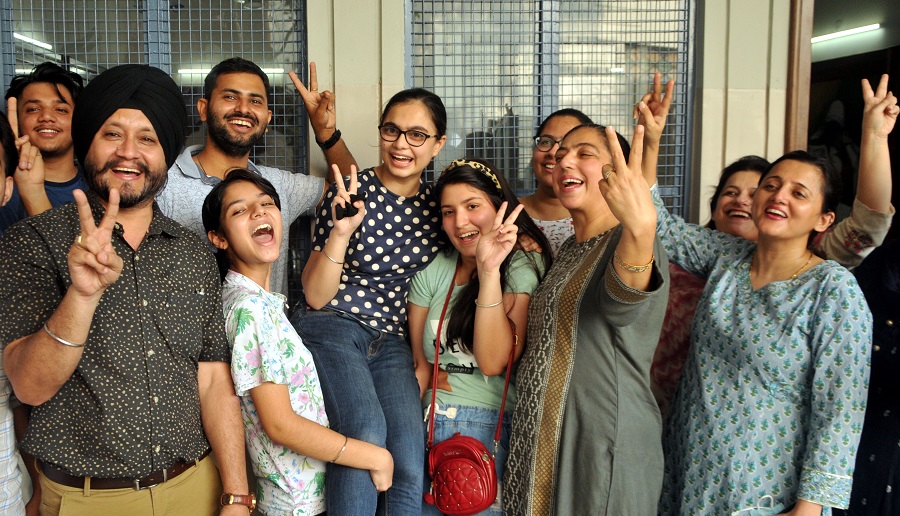 Kirtideep Kaur Marwah (center) celebrates with her parents and other students. She secured top position in Commerce stream in Amritsar with 99.6%. Photo Vishal Kumar

Girls outshone and outnumbered boys in this year’s CBSE Class XII results not just on a national level but also in city. With top three positions in the district bagged by girls, this year’s academic achievers’ list includes girls in more number than boys, including all four streams. The overall pass percentage marks of girls stands at 92.15% against 86.19% of boys on national level. Meanwhile, the top ranks were all from humanities and commerce streams this year while science streams couldn't manage past a score of 97.8%.

Kirti Deep Kaur Marwaha from Senior Study II was the top scorer in district with 99.6% marks in commerce stream. Second spot was held jointly by Bhavya Shingari from DAV Public and Diya Khanna from DAV International School with a score of 99.2%. Hetal Arora from Humanities and student of Springdales Public school was at third position with 99% marks. Rajwinder Singh from Shri Ram Ashram School scored 98.8% in commerce. 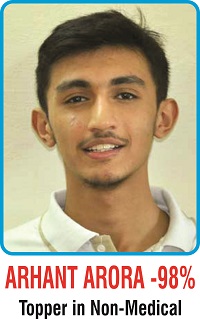 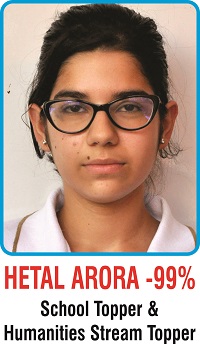 In science stream, the top position holders were boys, with Amritdeep Singh of non-medical from Sri Guru harkrishan Sr Sec School, GT Road, getting 98.2% marks. He is the top scorer in science stream in city. He was followed by Arhant Arora of Springdales and Ayushi from Shri Ram Ashram School both scoring 98%. In medical stream, Hardik Vyas from DAv School got the highest marks in city with 97.8%, followed by Manpreet Kaur from