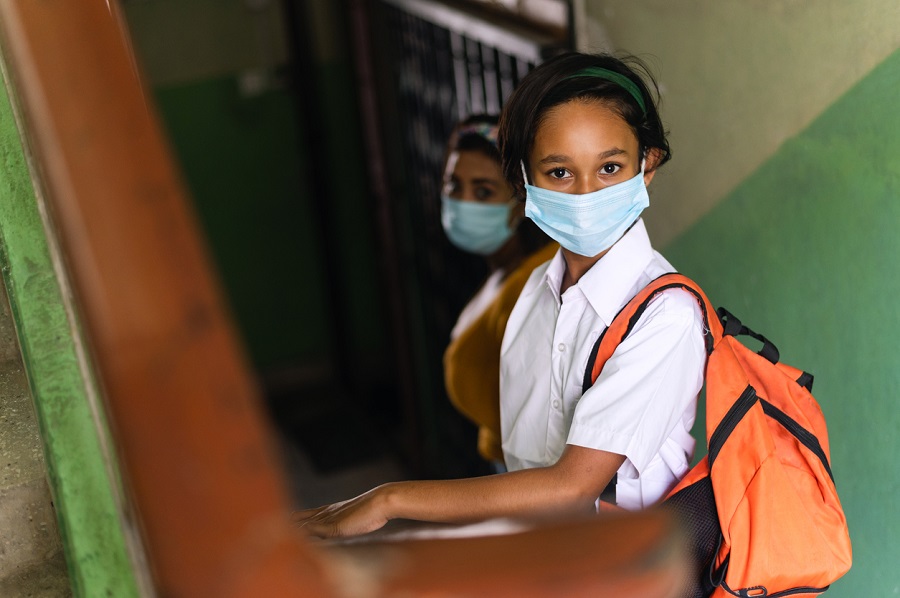 Schools for Classes X and XII in Goa reopened on Saturday after being shut for nearly eight months due to the COVID-19 pandemic, officials said.

The state government has asked the schools to strictly observe the COVID-19 standard operating procedures (SOPs) like thermal screening of students, hand sanitising, wearing of masks, social distancing in classrooms, they said.

The government had decided to allow the schools to reopen from November 21 onwards for Classes X and XII in the initial phase.

Chief Minister Pramod Sawant, who also holds the education portfolio, had announced on November 4 that all the COVID-19 safety protocols would have to be followed by these institutions.

Talking to PTI, a senior official of the state education department said, "Schools in Goa reopened on Saturday morning for Classes X and XII. The schools are adopting all the necessary SOPs to ensure that the classrooms are safe. The managements were informed in advance so that they can be ready to resume the classes."

The education department had consulted all the stakeholders, including parents, teachers and managements before deciding to reopen schools, he said.

A senior office-bearer of a city-based school said, "We have installed thermal guns at the entry point of the school. We have made it mandatory for the students to sanitise their hands."

"The strength of classroom has been restricted, due to which we have to repeat the sessions. On the first day, the school attendance was thin as only half the students were asked to remain present," he said.

"Rest of the students would be called from next week onwards," he said, adding that the teachers will have to teach the same part at least five times in order to cover the entire batch. The Goa Board of Secondary and Higher Secondary Education (GBSHSE) had already announced that 30 per cent of the syllabus would be reduced for the current academic year. PTI