68 per cent students attend govt schools across state on Tuesday 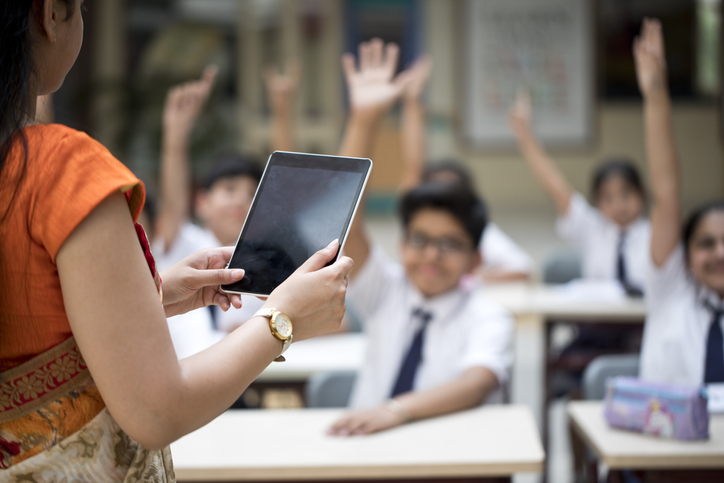 Government schools outshone private ones in terms of students’ attendance by registering an average of 68 per cent presence while the figure was 45 per cent in private schools on Tuesday.The schools opened for students of Classes IX to XII in the state earlier this week.

As per the record of the Education Department, Karnal government schools topped the state with average 90 per cent attendance of the students followed by Jhajjar (83 per cent) and Rohtak (76 per cent). Nuh (49 per cent) was at the bottom while Hisar (52 per cent) and Fatehabad (55 per cent) recorded second and third lowest attendance, respectively.

Similarly, in private schools, Mahendragarh district (62 per cent) was at the top followed by Charkhi Dadri (59) and Bhiwani (56). Panchkula recorded lowest attendance with 16 per cent. A total 1,60,667 students attended private schools across the state today.

Anshul Pathania, Rohtak CBSE School Association, said parents were still reluctant to send their wards to the schools, especially in cities, as they were apprehensive of a third wave of the Covid pandemic.

“They prefer online classes instead of the offline ones, hence the attendance of students in private schools is less than 50 per cent. The consent form for offline classes has also been filled by around 50 per cent of parents,” Pathania added.

Sudharshan Punia, Nodal Officer (Saksham), Jhajjar, said Covid guidelines being followed in the government schools led to enhancing of the confidence among people who were now not hesitating to send their wards to schools. “The attendance of students in government schools is rising every passing day,” he added.