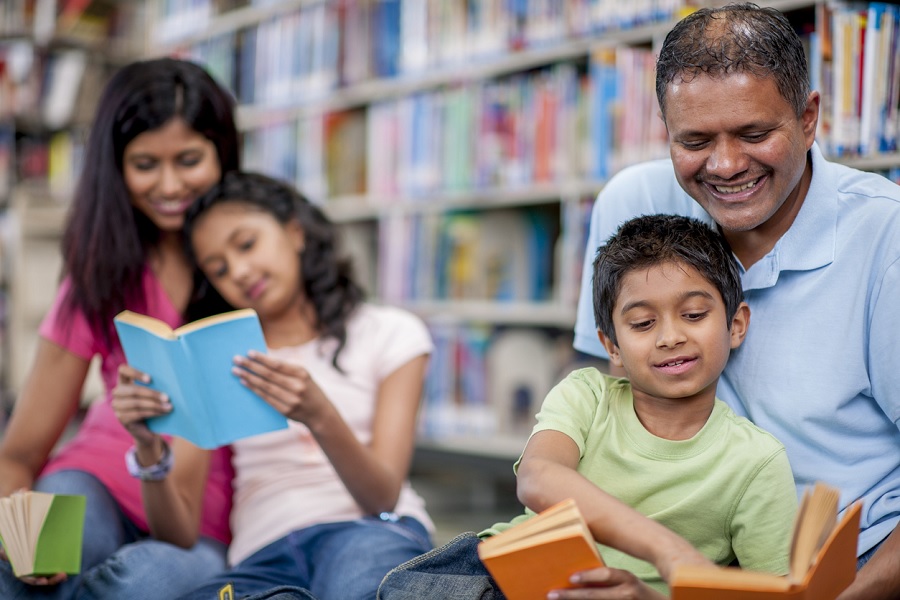 In India it was long assumed that literature for children must have 'safe topics but in a world where Google knows everything, so do children. Now, a growing body of children's literature beyond the 'adventure genre is helping young readers discuss issues like inequality, conflict or alternate perspectives on history with as much ease as their global counterparts, says educationist and entrepreneur Kavita Gupta Sabharwal., the founder of the Neev Literature Festival (NLF).

NLF goes online for its fourth edition beginning on Independence Day (August 15) and expands into a year-long event.

"In India we often assume children's literature must have 'safe topics', but in a world where Google knows everything, so do children. Children's literature globally has recognised this for a while now," the Bengaluru-based Sabharwal told IANS in an email interview, adding that while Indian children's literature has some historical gems like Begum Rokeya Sakhawat Hossain's 1908 speculative fiction 'Sultana's dream' or the Feluda Mysteries, these were infrequent.

"Until a couple of years back there was only one children's book on partition. How can we discuss inequality, or conflict, or alternate perspectives on history with as much ease (today as is the norm elsewhere in the world)? It is possible because there is a body of children's literature beyond the usual 'adventure' genre that was so popular in a post-colonial India that grew up on Enid Blyton, Mallory Towers and Sir Jeffrey Archer," Sabharwal said.

In the past few years, "there are already half a dozen partition stories itself written by Indian children's writers, living in India or abroad. The growing body of work now offers narratives on social inequality, our school / home cultures, complex relationships, changing stereotypes today and those that existed historically and were suppressed in the narrative. The stories we tell and the stories we suppress say a lot about society." she pointed out.

Noting that over the past three years, the shortlist and winners of the Neev Book Awards, have covered issues from indigenous tribes, powerful women in history, the Dalit issue during Independence, stories from Kashmir, the northeast, and so much else, Sabharwal said: "These are powerful stories that speak to the Indian child's identity in India or globally. India's voice is emerging, and so are its issues and real narratives, in children's literature."

To that extent, NLF is neither a festival "for children" and "definitely not" an adult literature festival, aiming as it does at a 12-plus audience and serving a three-fold purpose: stressing the importance of reading to a 21st century education, providing an Indian platform for 'Taking Children's Literature Seriously', and "showcasing Indian Stories that can act as mirrors and windows for our children".

"The greatest interest we have seen is from authors and publishers, then parents and then teachers/librarians and then maybe schools. The question we have been asking ourselves is - how can we invert that? Getting children to care much more about reading is not just what happens with an episodic event like NLF, but with making reading a dial-tone of rich engagement and reflection. This is the opportunity an online presence presents," Sabharwal elaborated.

This explains the eclectic fare on offer on August 15. The discussions will cover two parts; our history at independence, with Partition and its continuing impact in Kashmir, and then conflicts that are within our boundaries today with indigenous tribes, and peoples.

Aijaz Khan will present his film on a young Kashmiri boy, Hamid; Rinchin (who goes only by her first name) will present her picture book "I will save my land", and Kamla Bhasin her powerful poem "Azadi". Siddartha Sarma will moderate a discussion on his fiction for young adults set in the northeast, while filmmaker Santosh Sivan and Mallika Ahluwalia, the founder of Amritsar's Partition Museum, will speak on their journeys so far.

"The discussions are on what freedom means and question if it's the same for all children and for all people," Sabharwal said.

Noting that the festival has changed so much from its birth into "this new mode, which we could not have imagined and which is giving flight to the year round solution we were seeking...Neev is an organisation that believes in 'Reimagining excellence in a changing India', but that's another story," Sabharwal concluded. — IANS