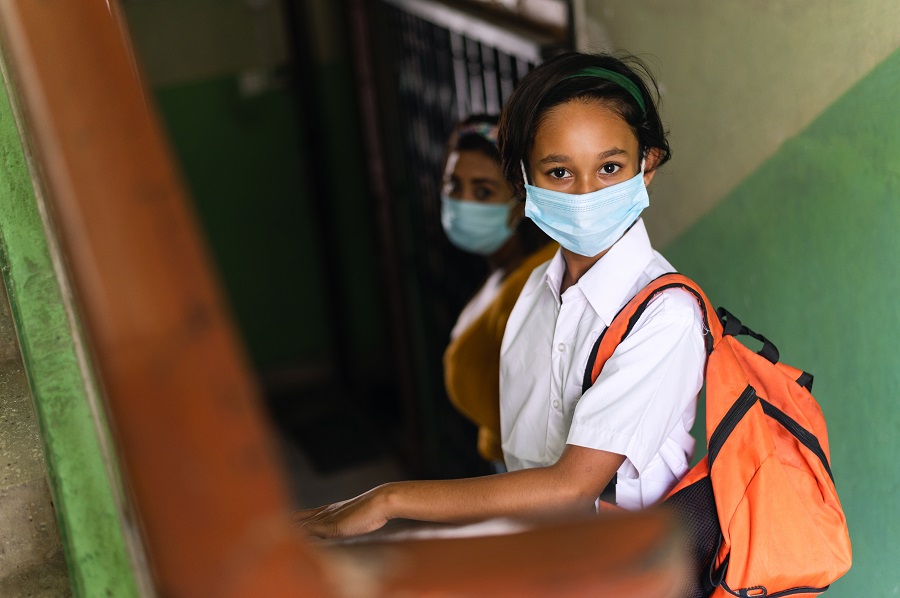 Three students of a government-run primary school have tested positive for coronavirus in Gujarat's Junagadh district, prompting the authorities to shut the educational institution for a week, officials said on Tuesday.

While the infected children from Classes 6 and 7 were isolated at their respective homes after their tests came out positive on Monday, the health authorities have started testing nearly 300 other children of the primary school in Meswan village of Keshod taluka, said a release issued by the Junagadh District Panchayat's Education Committee.

After the three children tested positive, the committee, which runs the school, informed local officials of the state education department that the educational establishment will remain closed for a week from October 11 to 16, it said.

The school conducts classes for children from Classes 1 to 7.

The committee also urged parents of the other students, who came in contact with the infected children, to get them tested.

Meanwhile, the ongoing Navratri celebrations in Meswan were cancelled from Monday to prevent the spread of the disease, village sarpanch Ramesh Ladani said.

"We have urged the authorities to conduct COVID-19 tests of farm labourers, who come here from other parts of the state for harvest (of crops). These labourers don't take any precautions and are unaware about vaccination," Ladani told reporters.

Following a sharp decline in coronavirus cases in Gujarat, the state government permitted schools for Classes 6 to 8 to reopen from September 2.

In July this year, the state government had allowed reopening of schools for Classes 9 to 12 and colleges and technical institutions.

On Monday, Gujarat reported a total of 21 new COVID-19 cases, which raised the state's overall tally to 8,26,162, while no fresh death was reported and the fatality toll remained unchanged at 10,086, as per official data. PTI