In April, India likely to have sky eye GISAT-1 in geostationary orbit 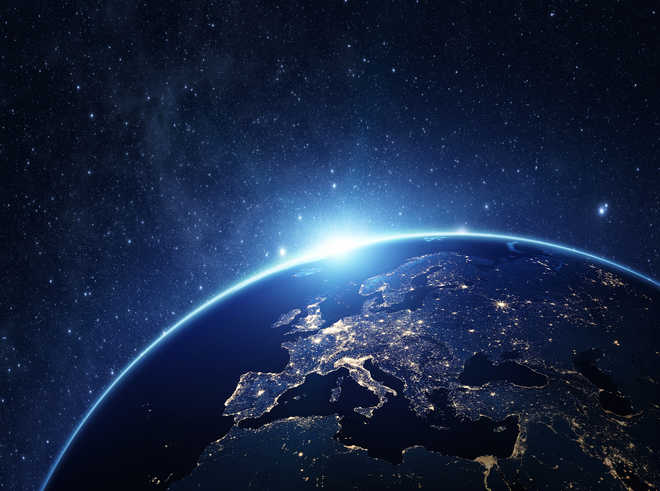 The launch of India's first Geo Imaging Satellite (GISAT-1) to be placed in geostationary orbit will happen sometime during the first or second week of April, said K. Sivan, Secretary, Department of Space and Chairman, Indian Space Research Organisation (ISRO).

Sivan said: "The GISAT-1 launch slated for March 28 got slightly delayed as some technical issues were observed in the satellite and the rocket. The issues observed issues have to be addressed even if they are minute ones." The GISAT-1 will be the country's first sky eye or earth observation satellite to be placed in geostationary orbit.

Originally the GISAT-1 was slated for launch on March 5, 2020 by Geosynchronous Satellite Launch Vehicle-F10 (GSLV-F10).

Hours before the start of the launch countdown, Indian space agency announced postponement of the mission owing to some technical glitch.

"The launch of GISAT-1 onboard GSLV-F10 (Geosynchronous Satellite Launch Vehicle-F10), planned for March 05, 2020, is postponed due to technical reasons. Revised launch date will be informed in due course," Indian Space Research Organisation (ISRO) had said on March 4.

"Subsequently the Covid-19 pandemic and the lockdown delayed the mission. The rocket had to be dismantled and cleaned up," Sivan added.

The Indian space agency had earlier said GISAT-1 would provide real time image of large area of region of interest at frequent intervals. It will also enable quick monitoring of natural disasters, episodic events and any short term events.

A four metre diameter Ogive shaped payload fairing (heat shield) has been used in the rocket for the first time, ISRO had said. IANS