Initiative to bring children's voices on environmental issues to the forefront 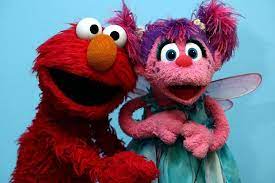 Sesame Muppets will travel to locations and interview children around environmentally sensitive and highly affected areas.

Sesame Workshop - India, the Indian arm of the internationally renowned non-profit media and educational organization behind Sesame Street, and India Climate Collaborative, a collective of business and philanthropy working to accelerate climate action in the country, have announced the roll out of an initiative to bring in children's voices on environmental issues to the forefront in Delhi.

Supported by India Climate Collaborative, Sesame Workshop - India has designed the initiative to better understand children's priorities on environment, climate change and sustainable development through an environment action survey and define immediate, short terms and long-term change in response to the survey.

Using social media and digital tools like Whatsapp, the initiative aims to collect responses from at least 10,000 children aged 6-10 on what they think is the most crucial environmental need. It works to support children in talking about what they perceive as threats to sustainable growth & development, while also proposing solutions that are replicable. The survey will be hosted on Sesame Workshop - India's website.

While the full survey will bring in responses on how children aged 6-10 years would want critical issues of clean air, water, garbage waste, animals and their city's environment to be dealt with, initial data reveals that children across different locations in Delhi are most concerned about the air they breathe. They have identified dedicated bicycle lanes as a critical requirement for the city; demanded that garbage should be segregated, and not be burnt; and highlighted the need to make sure that dividers on the roads and empty land are properly maintained by local authorities. As Delhi continues to face days with poor or severely poor air quality, this survey has given opportunity to children to identify their priorities and demand immediate action to reduce air pollution.

Some of the most crucial actionable asks by children are:

1. Crop residue should not be burnt; instead, the government should buy it to use as feed for animals like cattle.

2. Ensure that plants once planted on dividers of roads are properly maintained by the local authorities of that area, rather thanleft unattended.

4. Dusty and barren land should be covered with vegetation to prevent dust.

5. Bicycles should be promoted as a means of transport and should become cheaper. Special road lanes should be established for cyclists, and non-cyclists using these lanes should face stringent penalization.

6. All individuals, no matter where they reside, should be able to access potable water within 500 meters of their homes.

A sustained effort will be made to reach out to as many as 10,000 children to bring them to the forefront of environmental conversations, an issue that concerns them the most. Children will be encouraged to send videos, photos, and voice recordings to showcase their environment and make their demands on how they would want to care for the environment and planet. Sesame Muppets, like Chamki, Elmo will travel to locations and interview children around environmentally sensitive and highly affected areas.

According to Sonali Khan, MD, Sesame Workshop - India, “There is growing evidence on the adverse impacts of the environment on cognitive abilities in children. Furthermore, children – in the current scenario, and those yet to be born – will be forced to bear the brunt of climate change, the consequences of which will only worsen as decades pass. From food and water insecurity to aggravated asthma and weather-related displacement, kids are particularly vulnerable to the harsh repercussions of a steadily heating planet. Through the initiative, we hope more children and parents will bring their voices by connecting with us on the SWI website.”

Sesame Workshop - India has worked with environment experts to develop the survey including list of demands and categories, which were then categorized for response by 6-8 years olds and 9-10 year olds. In partnership with Chintan, Child Survival India, Action India and PRATYek, Sesame Workshop - India's survey will be rolled out in communities through WhatsApp developed on Convegenius' WhatsApp survey mechanism.

Based on the findings and analysis of the survey, Sesame Workshop - India will develop a demand charter and will include key 5-7 demands for and by the children. This demand charter will be presented to key decision makers in the Government, NGO/INGO, Corporate sector.