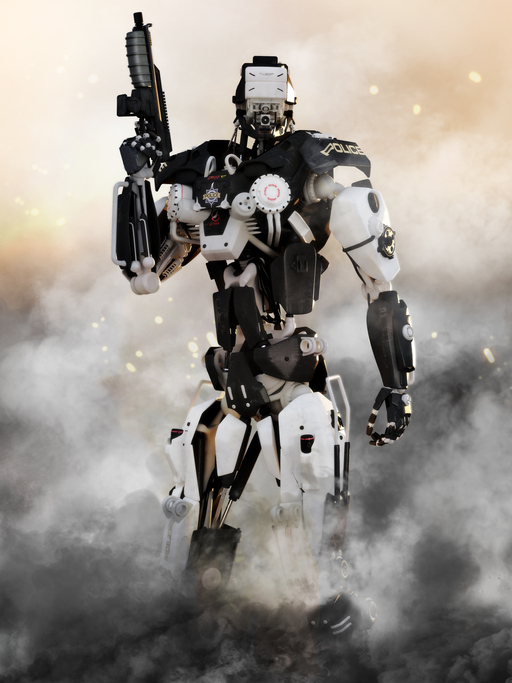 An Israeli defense contractor on Monday unveiled a remote-controlled armed robot it says can patrol battle zones, track infiltrators and open fire. The unmanned vehicle is the latest addition to the world of drone technology, which is rapidly reshaping the modern battlefield.

The four-wheel-drive robot presented Monday was developed by the state-owned Israel Aerospace Industries' “REX MKII."  It is operated by an electronic tablet and can be equipped with two machine guns, cameras and sensors, said Rani Avni, deputy head of the company's autonomous systems division.

The robot can gather intelligence for ground troops, carry injured soldiers and supplies in and out of battle, and strike nearby targets.

It is the most advanced of more than half a dozen unmanned vehicles developed by Aerospace Industries' subsidiary, ELTA Systems, over the past 15 years.

The Israeli military is currently using a smaller but similar vehicle called the Jaguar to patrol the border with the Gaza Strip and help enforce a blockade Israel imposed in 2007, after the tiny territory was seized by the Islamic militant group Hamas.

Unmanned ground vehicles are being increasingly used by other armies, including those of the United States, Britain and Russia. Their tasks include logistical support, the removal of mines and firing weapons.

The tablet can control the vehicle manually. But many of its functions, including its movement and surveillance system, can also run autonomously.

“With every mission, the device collects more data which it then learns from for future missions,” said Yonni Gedj, an operational expert in the company's robotics division.

Critics have raised concerns that robotic weapons could decide on their own, perhaps erroneously, to shoot targets. The company says such capabilities exist but are not being offered to customers. AP