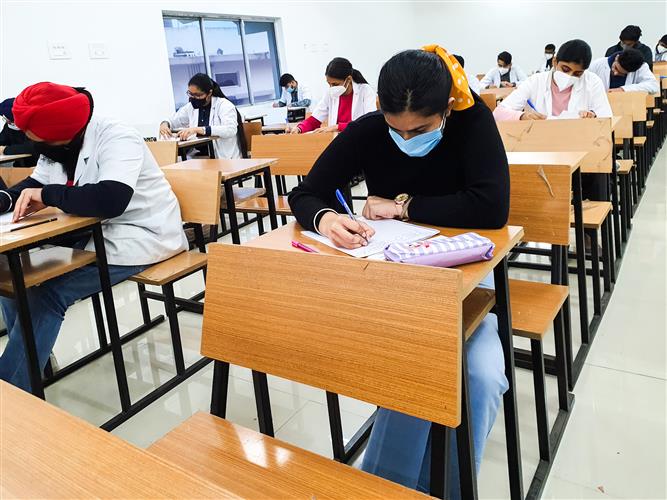 Candidates unable to reach test centres for JEE-Mains in heavy rain and landslide affected areas of Maharashtra will get another chance to appear for the engineering entrance exam, Union Education Minister Dharmendra Pradhan announced on Saturday.

"In light of the heavy rains and landslides in Maharashtra, to assist the Maharashtra student community, I have advised the @DG_NTA to grant another opportunity to all candidates who may not be able to reach the test centre for JEE (Main)-2021 Session 3," Pradhan said in a tweet.

"Students from Kolhapur, Palghar, Ratnagiri, Raigadh, Sindhudurg, Sangli & Satara, who are unable to reach their test centres on 25 and 27 July for JEE (Main)-2021 Session 3 need not panic. They will be given another opportunity,and the dates will be announced soon by the National Testing Agency (NTA)," he tweeted.

At least 76 people died, 38 others injured and 59 are missing after many areas in Maharashtra were hit by floods and landslides triggered by heavy rains.

Parts of the Raigad and Ratnagiri districts in the coastal Konkan region and Kolhapur district in western Maharashtra have been worst affected by the floods. Besides that, heavy rains have been pounding parts of the Satara district. PTI