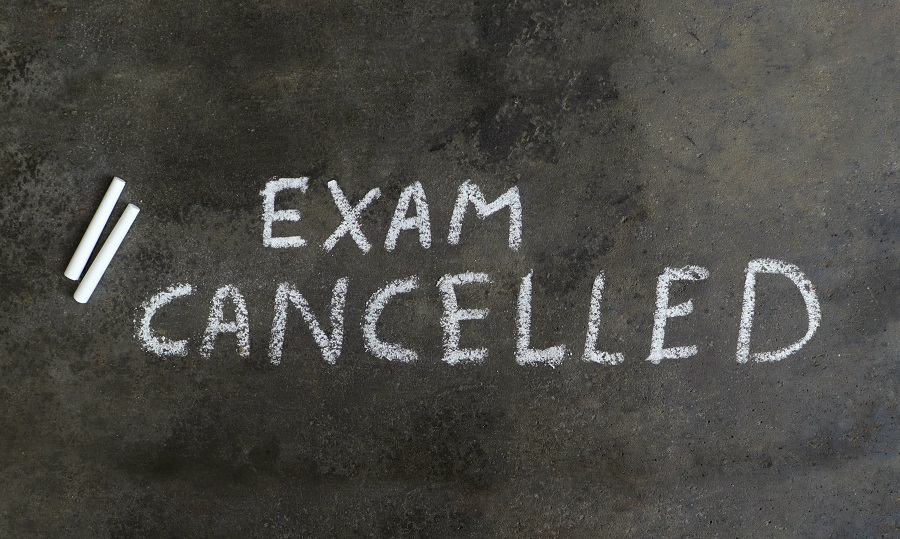 Karnataka's much delayed decision to cancel the class 12 examinations may have come as a relief to parents and students who were anxiously waiting for the state government to either hold the examinations or to announce their cancellation.

However, the government's decision to cancel this examination has triggered another round of anxiety among parents of the 6.75 lakh students eligible to write the exams in 39 subject combinations in all three streams in the state. This pertains to what kind of criteria will be adopted for admissions to colleges especially to professional courses such as engineering, medical, law and others.

In Karnataka, many prestigious colleges in all streams have now been transformed into deemed universities where the cut off percentage has been only a fraction short of 95 to 100 per cent marks. These institutions also conducted entrance tests of their own prior to admission into them.

Student Naraynan Nambiar's mother Nayana said that her son had been preparing for the examinations for the last eight to ten months rigorously but cancellation of the exams has triggered anxiety about how he will be assessed. He had taken it lightly during the class 11 examinations and even during the online tests conducted in class 12, though he scored 90 per cent despite his lacklustre approach in class 11 and the tests in Class 12. He was hoping to cross 96 to 98 per cent in his final examination this time.

"Cancellation of examination has triggered anxiety in him. He feels that his average will be around 85 per cent. With 85 per cent he will not be able to get admission in the best colleges," she added.

Retired principal of a prestigious college, J. Jayalakshmi Patil said that postponing the class 12 exams till August would not have been worthwhile as this would have cost a year in a student's life.

"That the Karnataka government has given a chance to those 'dissatisfied students' to write the examinations if a student finds that he or she has not been assessed properly can only be termed as 'fair enough' in tough times like these," she said.

Meanwhile, after several parents expressed their anxiety, Karnataka Education Minister S. Suresh Kumar appealed to Deputy Chief Minister C N. Ashwath Narayan, who holds the higher education portfolio, to assess the students' performance based only on their Common Entrance Test results instead of the combined scores of Class 12 and CET marks.

In Karnataka the CET test is a must to get admitted to engineering and medical courses. IANS