'Made of plastic': Cleaning up Bolivia's Uru Uru lake 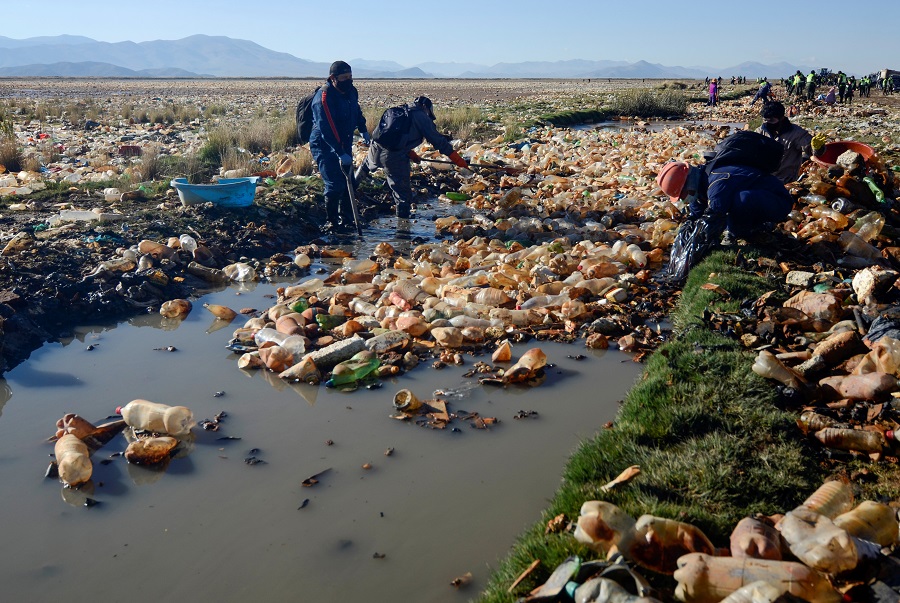 Bolivia's Uru Uru lake is more plastic than water, with discarded bottles, containers, toys and tires stretching out towards the horizon, a dystopian image reflecting years of human pollution and the scar of climate change.

The highland lake in the Oruro Department of western Bolivia suffered a major drought in 2016 that drastically lowered its water levels while rivers that flow into it have deposited mountains of plastic waste in its waters over years.

Local volunteers, workers and even a French 'influencer' are trying to clear up the mess. On Wednesday hundreds of people gathered up waste from the surface of the lake, whose waters have also been contaminated by nearby industry and mining. 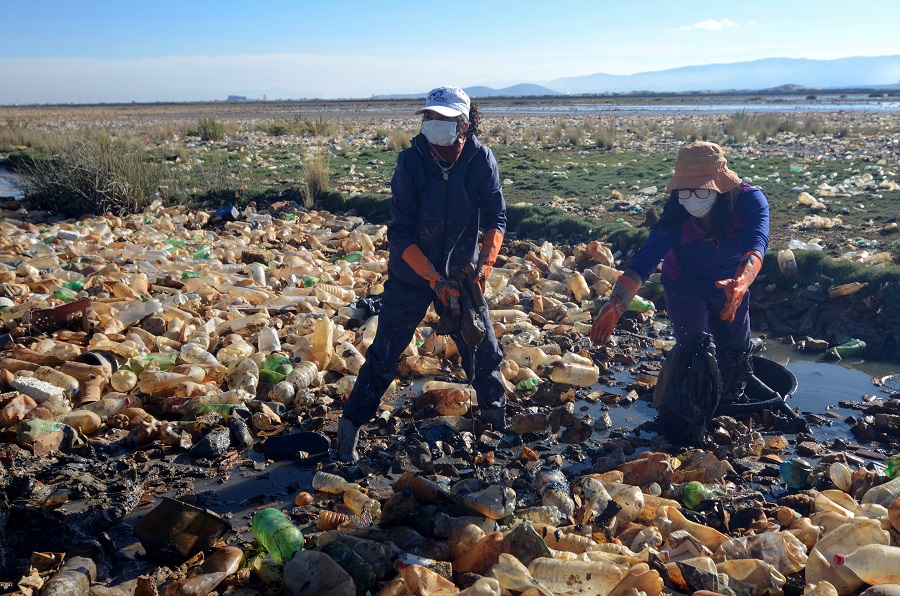 "We are at this moment in a garbage dump, which we have caused since we are the destroyers of the planet," volunteer Magali Huarachi, 28, told Reuters standing amid plastic bottles on a dried out part of the lake.

"I am now in a lake, but made of plastic." Bolivia's highland lakes are major sites protected under the international Ramsar Convention to conserve wetlands, especially those providing waterfowl habitat. The iconic Lake Titicaca is grappling with pollution and the expansion of cities near its shoreline, while Lago Poopó, formerly the second largest after Titicaca, dried up completely in 2015.

Limbert Sanchez, from the Center for Ecology and Indigenous Peoples (CEPA), said Uru Uru's water levels had been reduced to around 25-30% of its full capacity, while it had been hit hard by urban and mining pollution.

"Cities are growing, pollution by garbage is growing and gradually that means our Lake Uru Uru is dying, just like our Lake Poopó," he said.

Alex Dessard, a French social media influencer who helped clean up Bolivia's famed 'train cemetery' on the salt flats of Uyuni, was one of many cleaning up Uru Uru on Wednesday, pulling out tires and other plastic from blackened water.

"It's a shame that so much garbage has come here because it has accumulated in many years, perhaps a decade. Now we have to think about the future. Let's clean and then we become aware so that we don't have to clean again," he said.

As front loaders and dump trucks hauled away the mountains of rubbish, volunteer Huarachi held out hope.

"I think that if we all do our little bit, by picking up our garbage or coming to help here, then we are going to make this place beautiful in a while," she said. Reuters

8 hours ago
5
Nation ADDRESS TO THE NATION