Meet 6 Delhi teachers who think outside the box 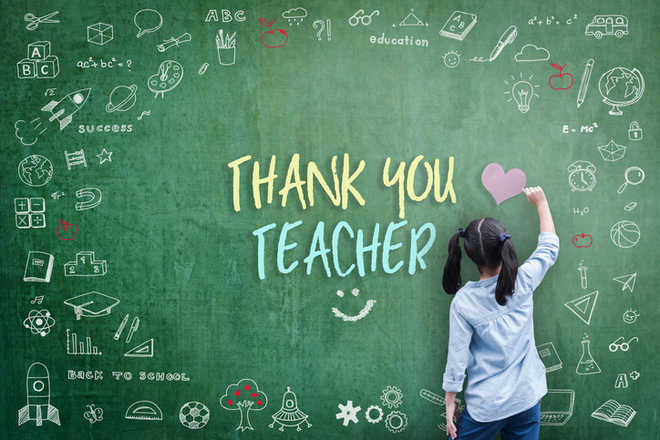 On the eve of Teacher's Day, Delhi's Deputy Chief Minister Manish Sisodia recognised and praised the work done by government school teachers, who have stepped up their efforts during the Covid-19 pandemic. Sisodia, who also has the Education portfolio, was particularly impressed by a few teachers for their "remarkable stories".
Here are their short profiles:

Bhardwaj is known for prioritising her students over anything else. During the Covid-19 pandemic, it became extremely difficult for her to trace the location of her students. She first tried to contact everyone through the class WhatsApp group and personally called every student multiple times. When she couldn't get through a few of them, she contacted her ration delivery person and showed him their addresses. With his help, she could locate many more students but still, there were a few left. At last, she asked a courier delivery person to deliver a package to the houses of the remaining students. With all these consistent efforts, she was finally able to trace every single student of her class.

Malik kept calling all of her students after the pandemic outbreak and was successful in identifying almost everyone, except for one, named Aditi. Aditi shifted back  to her village in Uttarakhand along with her parents and did not have a mobile phone. She asked Aditi's classmates to spread the word and find out Aditi's contact details. Once Aditi called one of her friend’s from a different number, that student shared the number with Malik and that is how she established contact with her and started sending her worksheets. Initially, she used to revert in 5-6 days which has reduced to 1-2 days now. In government schools, the online classes of his subject, Sociology, are not being conducted. But he took it as his responsibility to keep the learning process going for his students. He repeatedly called his students for 10-12 days to get in touch with each one of them and eventually he succeeded in his efforts. Initially, he started making video notes for his students but due to time constraints, he started sending them audio notes. He said, "Many students do not have a mobile phone and this is a genuine issue. I tried to contact their neighbours or relatives to at least provide them worksheets. I feel no child should be left behind."

As the lockdown began, for those who did not have mobile phones, she called their neighbours and relatives and requested them to let her students use their mobile phones for sending worksheets to her. With her consistent efforts, she was able to connect with most of her students by the first week of April. She said, "I want to spread awareness about these online classes as much as possible so that others don't face the issues I faced while connecting with my students."

Ravinder Kaur, a science teacher, started taking video classes much before online classes were announced by the government. She also asked her students to look around and observe the changes.  She told them that science is not just confined to textbooks; a lot of science is about developing the mindset to carefully observe the world around you. She also introduced surprise tests to help students understand how much their power of observation has improved which she used conduct during her online classes.

Neena, an English teacher and Happiness Coordinator at Sarvodaya Kanya Vidyalaya, encouraged her students to take part in mindfulness activities along with their families. She also motivated her students to pen down their thoughts which they later wrote in the form of poems and essays. "I ensured that no child missed out on the daily mindfulness activity. It was a great way for the children to bond with their families while doing the activities sent via IVR," she said. IANS