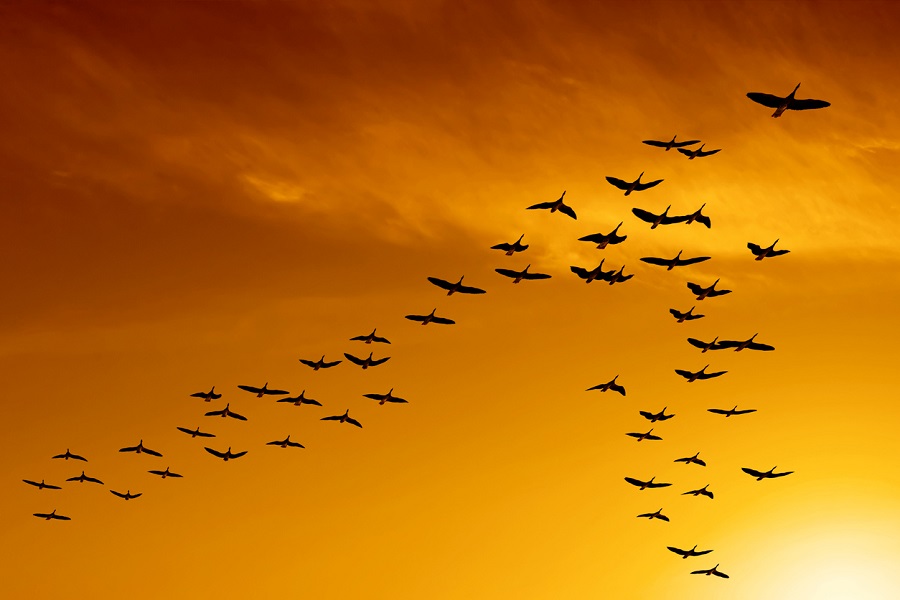 Several species of migratory bird in danger of extinction globally and only international cooperation can save them. The Convention on Migratory Species (CMS) Secretariat in Bonn is working closely with India to save these birds, says its Executive Secretary Amy Fraenkel.

In an online interview with IANS on World Migratory Bird Day today, she said the migratory species that are in danger of extinction throughout all or a significant portion of their range are listed on Appendix I of the Convention, while Appendix II lists migratory species with an unfavourable conservation status.

A variety of Appendix I avian species, which needs highest degree of protection, can be found in India.

Approximately one in five of the world's 11,000 bird species migrate, some covering enormous distances, with the bar-tailed godwit, for instance, flying 11,680 kilometres between Alaska and New Zealand.

Fraenkel said at the 13th meeting of the Conference of the Parties to the Convention on Migratory Species (COP13) held in Gandhinagar in February, the great Indian bustard and the Bengal florican were listed on CMS Appendix I, granting them the highest degree of protection under the Convention.

The little bustard was included in both CMS Appendices.

The CMS is the only United Nations treaty that addresses migratory species and their habitats.

Conserving migratory birds requires cooperation and coordination along the entire flyway between countries and across national boundaries. "Only by working together can we make sure they will survive and thrive," she said.

To this end, the COP13 adopted decisions to prevent poisoning, phase out the use of lead ammunition and lead fishing weights.

Migratory birds require a chain of sites and appropriate habitats, such as wetlands, coastal areas, forests and grasslands to support them during their life cycle.

"Throughout their life cycles and migration ranges, migratory birds like other migratory animals depend on a functioning network of habitats across countries and continents to breed, feed and rest.

"Ecological connectivity is the unimpeded movement of species and the flow of natural processes that sustain life on earth. It is essential for the survival of migratory species," she said.

"Migratory birds connect us with nature and with one another. Their survival depends on each of us, on each country and each person along their migration path taking action to conserve and restore the habitats and ecosystems that they need to survive," added Fraenkel.

Increased global action through multilateral environment treaties such as the Convention on Migratory Species (CMS) and the African-Eurasian Waterbird Agreement (AEWA) are essential to protect migratory birds on their international journeys. IANS

Earlier, India’s epidemiologists had indicated that a third ...