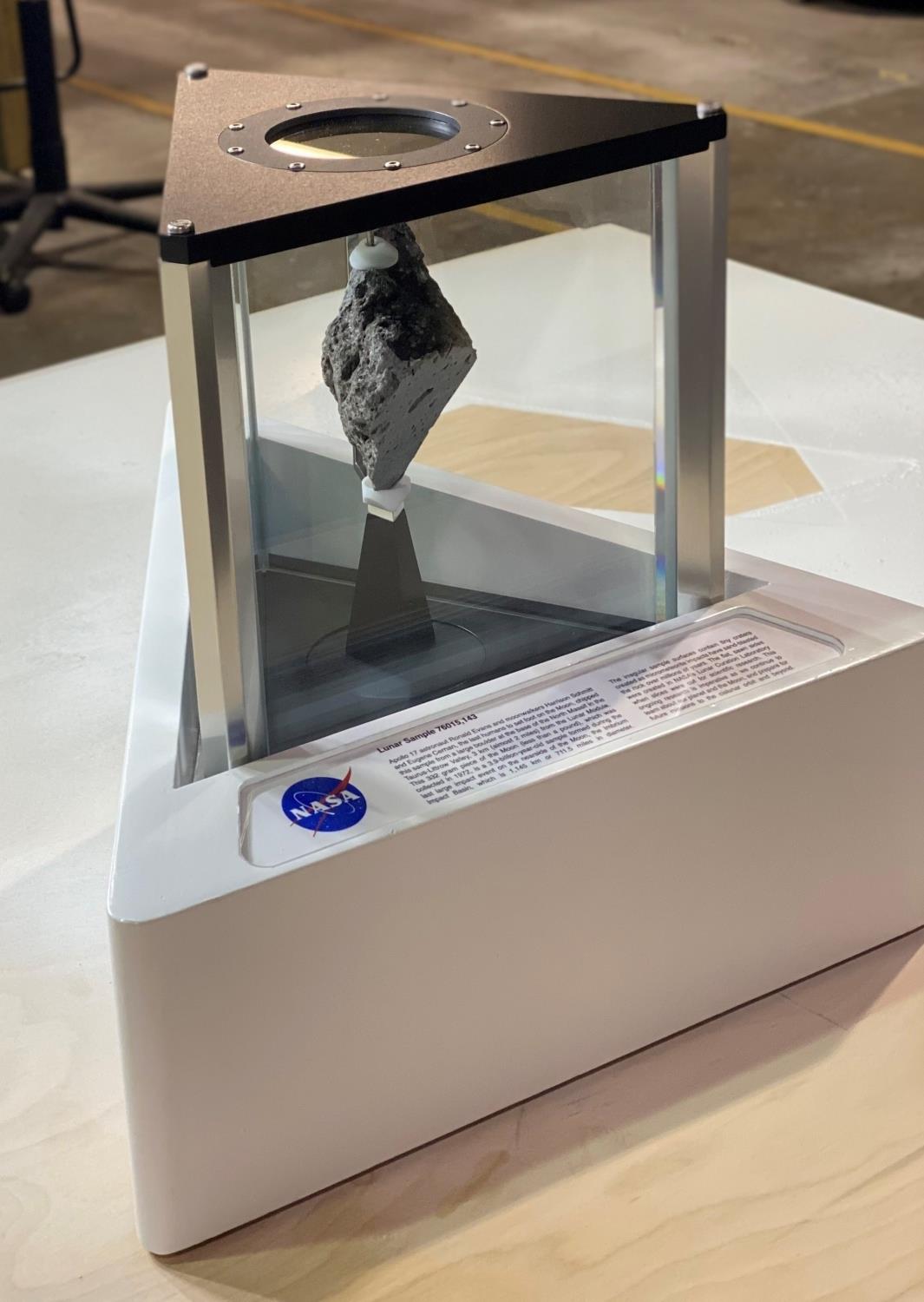 In symbolic recognition of earlier generations’ ambitions and accomplishments, and support for America’s current Moon to Mars exploration approach, a Moon rock now sits in the Oval Office of the White House. At the request of the incoming Biden Administration, NASA loaned the Moon rock that was put on display in the Oval Office on January 20. It is from the Lunar Sample Laboratory Facility at NASA’s Johnson Space Center in Houston. Pic credit: NASA

NASA has loaned a Moon rock for display in the Oval Office of the White House at the request of the Joe Biden administration.

The Moon rock now sits in the Oval Office in symbolic recognition of earlier generations' ambitions and accomplishments, and support for America's current Moon to Mars exploration approach.

The "Lunar Sample 76015,143" is from the Lunar Sample Laboratory Facility at NASA's Johnson Space Center in Houston, the US space agency said on Thursday.

Apollo 17 astronaut Ronald Evans and moonwalkers Harrison Schmitt and Eugene Cernan, the last humans to set foot on the Moon, chipped this sample from a large boulder at the base of the North Massif in the Taurus-Littrow Valley, 3km from the Lunar Module, according to the inscription on the display case.

This 332 gram piece of the Moon, which was collected in 1972, is a 3.9-billion-year-old sample formed during the last large impact event on the nearside of the Moon, the Imbrium Impact Basin, which is 1,145 km in diameter.

NASA plans to land the first woman and next man on the Moon by 2024.

NASA chief Jim Bridenstine officially stepped down from his role as the administrator of the US space agency, as Biden took the president's office.

President Biden is expected to pick a woman to fill the NASA administrator role, which has only been occupied by men since the agency's founding in 1958.