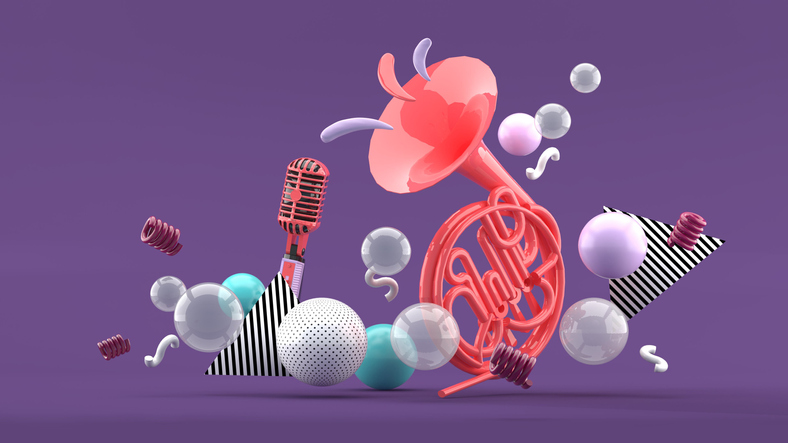 If life came with background score!

We’ve all seen movie clips where there’s an intense conversation going on and that one bumpy music in the background just makes our heart race so fast that we get completely focused on what’s about to come ahead.

If you crack a not-so-funny joke, the background music corresponding to that would sure be funny enough to make it funnier.

Imagine you’re sitting for an exam, you’re stuck on that one question. You feel sweat pouring down your forehead and the sound of your heart thumping in the background adds to the moment making it completely dramatic and you genuinely feel like your life’s a movie script.

Living your usual routine, but with background music genuinely sounds interesting. Maybe like movies, you’re doing some chore and suddenly, you hear some music. And you, and everyone around you, breaks into a song and starts dancing ala characters in some musical.

I always wished I had theme music for my emotions. When I feel lonely, I want some corresponding music being played around me without me making an effort to play it. When I am happy and ecstatic, I want some retro song to be played. When I enjoy with my loving friends, I want another song to be played around automatically. I don’t want a DJ party organised specially to celebrate my victory. I just want the rock music to play on its own whenever I feel on top of the world or, probably, just the violins would do for that.

And, sometimes, I want the guitar or the drums or the saxophone or the flute to play on their own, just randomly.

Have you ever noticed that with the entry of an actor or actress in a movie there’s a particular theme song playing in the background which keeps on repeating whenever the actor is seen on the screen? Oh! how I wish that we all had themes songs as we walked around. That would be hilarious!

I believe everyone has got some or other music of their own mind, even if they can play some instrument or sing well or not. Identifying the hidden background music in life will make you see the magic of treasures cast an eternal magical spell on you.

Is it true that youngsters nowadays are lacking feelings and emotions and are becoming like robots? They are only thinking about themselves and are used to taking wrong decisions because they no longer consult their elders. During the earlier times people used to share their experiences with each other, but now due to changing lifestyle and habits things are changing. All this seems to be true, especially if one takes into consideration the trying times in which we all are living during Covid time. All the fun and cheer seems to have vanished due to long term lockdown. Most of the youngsters were forced to remain indoors and missed interacting with their friends. Thus, it became their habit to live alone without their teachers friends and they started spending their precious time with mobile phones, games and laptops.

During online classes, too, students don’t interact with the teachers and some of them even misbehaved. But, I would like to say that this changing scenario of online generation should be used positively and our moral values and human nature should not suffer. We should take up only advantages of online scenario and its harmful effects should be ignored.