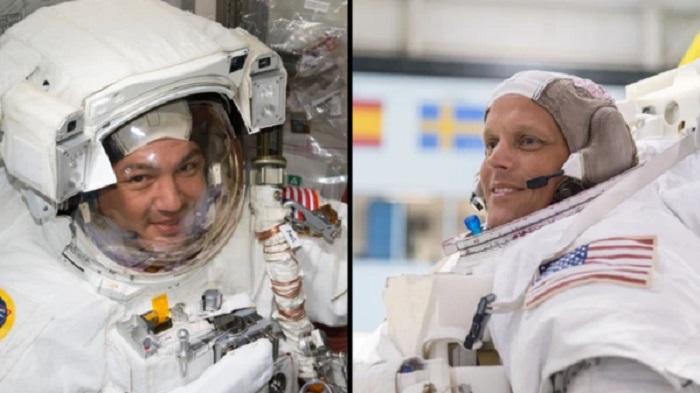 NASA astronauts Kjell Lindgren and Bob Hines will serve as spacecraft commander and pilot, respectively, for the Crew-4 mission, the US space agency said on Saturday, adding that additional crew members will be assigned as mission specialists in the future by the agency's international partners.

The mission is expected to be launched in 2022 on a Falcon 9 rocket from Launch Complex 39A at NASA's Kennedy Space Center in Florida.

Lindgren, Hines and the international crew members will join an expedition crew aboard the space station for a long-duration stay. This will be Lindgren's second trip into space, following a 141-day stay at the space station in 2015 for Expeditions 44 and 45.

Part of an Air Force family, he was born in Taipei, Taiwan, and spent a good part of his childhood living in England before finishing high school at Robinson Secondary School in Fairfax, Virginia.

Before being selected as an astronaut in 2009, he was a flight surgeon supporting space shuttle and space station missions.

In December 2020, NASA named him as one of the Artemis Team of astronauts helping to pave the way for NASA's upcoming lunar missions.

Hines, a Lieutenant Colonel in the US Air Force, was selected as an astronaut in 2017 and will be making his first trip into space. IANS