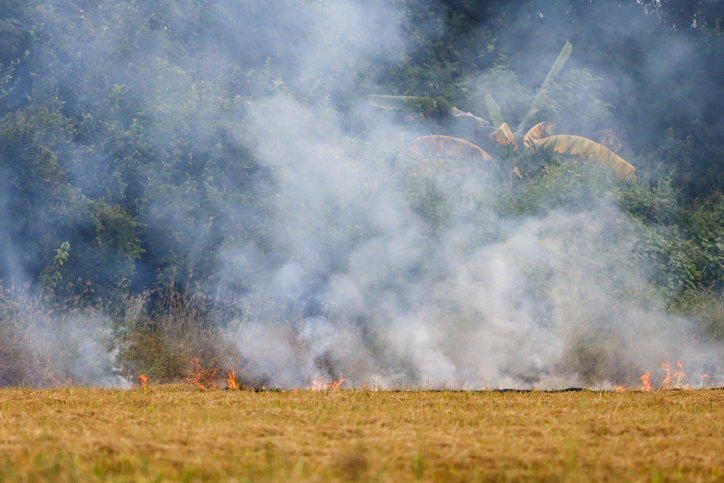 The clear blue skies over the national capital may go dark soon with dust and smoke as the stubble burning season nears. The satellite images by US space agency NASA have shown that crop residue burning has already started in several fields in Haryana and Punjab, according to media reports.

Punjab annually generates 20 million tonnes of paddy straw, which is normally set on fire to quickly clear the fields for the next crop, resulting in choking of the National Capital Region (NCR) in October and November, and causing major health effects.

The latest NASA satellite data shows that more than 200 farm fires have been recorded in the Majha region of Punjab since September 1, according to media reports. By September 29, the count of fires was 66 in Punjab and 23 in Haryana.

These directly contribute to environmental pollution: the heat from burning paddy straw penetrates 1 centimetre into the soil, increasing the temperature to 33.8 to 42.2 degree Celsius, which kills the bacterial and fungal populations critical for a fertile soil.

Moreover, air pollution is considered as the greatest environmental threat to health, and it disproportionately affects vulnerable populations: 91 per cent of deaths from ambient air pollution occur in low-income and middle-income countries.

State governments of Punjab, Haryana and Delhi and even the Centre have taken multiple measures to incentivise farmers and prevent them from setting their fields on fire.

The Delhi government on Monday announced a set of 10 points formulated under its Winter Action Plan. It is also providing the Pusa- bio-decomposer, developed by the Indian Agricultural Research Institute, free of cost to its farmers to prevent stubble burning.

The Punjab government is focusing on increasing use of paddy stubble in power generation. The Punjab Pollution Control Board (PPCB) has asked the state's three thermal power plants to use paddy stubble as fuel to the extent of 10 per cent of total annual coal use. IANS