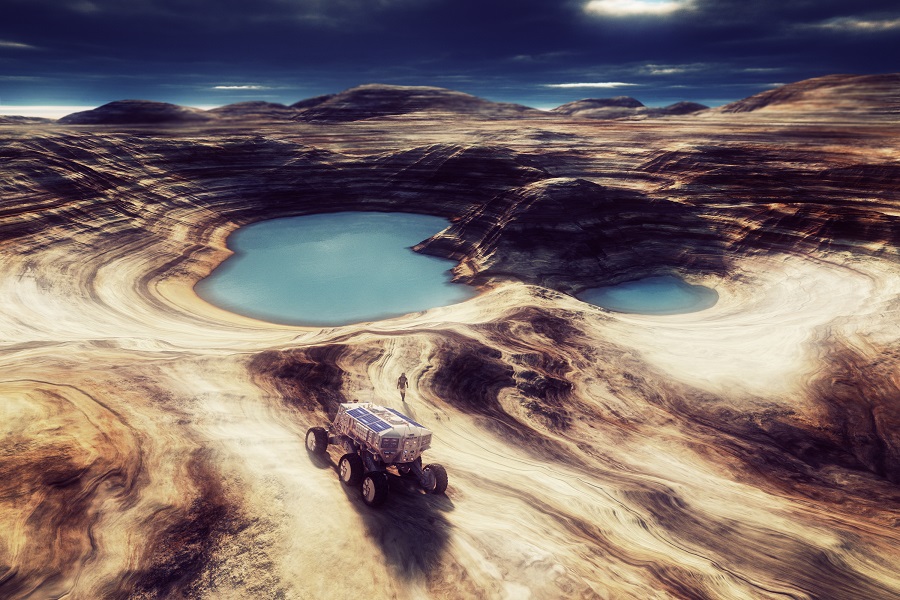 NASA scientists are studying the explosion of submarine volcano Hunga Tonga-Hunga Ha'apai to understand how features formed on the surfaces of Mars and Venus, Nature reported.

The unusual explosion -- which has been calculated at more than 500 times the force of the atom bomb dropped on Hiroshima, Japan, in 1945 -- is offering researchers a rare chance to study how water and lava interact.

Studying the Hunga Tonga-Hunga Ha'apai volcano and its evolution in recent weeks is "important for planetary science", Petr Broz, a planetary volcanologist at the Institute of Geophysics of the Czech Academy of Sciences in Prague, was quoted as saying.

The knowledge "might help us to reveal results of water-lava interactions on the Red Planet and elsewhere across the Solar System", he added.

The volcanic island was formed from ash and lava expelled from an undersea volcano in early 2015, and is similar to structures on Mars and possibly also Venus, the report said.

While such volcanic islands eroded away fast, the Hunga Tonga-Hunga Ha'apai survived for years.

"We don't normally get to see islands form," explained James Garvin, chief scientist at NASA's Goddard Space Flight Center in Greenbelt, Maryland, but this one offered "a front-row seat".

Garvin's team used satellite observations and seafloor surveys to study how such islands form, erode and persist. The researchers wanted to use that knowledge to understand how small conical volcanoes found on Mars may have formed in the presence of water billions of years ago, the report said.

The Red Planet is also thought to have many volcanoes which erupted with steady flows of lava, but some could have been explosive, like Hunga Tonga-Hunga Ha'apai, Joseph Michalski, a planetary scientist at the University of Hong Kong was quoted as saying.

The marine environment also mimics some aspects of the low-gravity settings on small planets such as Mars and "can shed unique light on Martian features that formed in lower gravity", he added.

The violent explosion, last week, was preceded by a series of small eruptions starting in December, which increased the size of the island. Researchers from around the world are monitoring the island using optical, radar, and laser satellites to measure what is left on the island. The vast majority of the island is now gone, according to Daniel Slayback, a geographer at the Goddard Space Flight Center.

But, Garvin said the giant chamber of magma deep under Earth's crust which formed Hunga Tonga-Hunga Ha'apai will eventually create another island for researchers to study. IANS