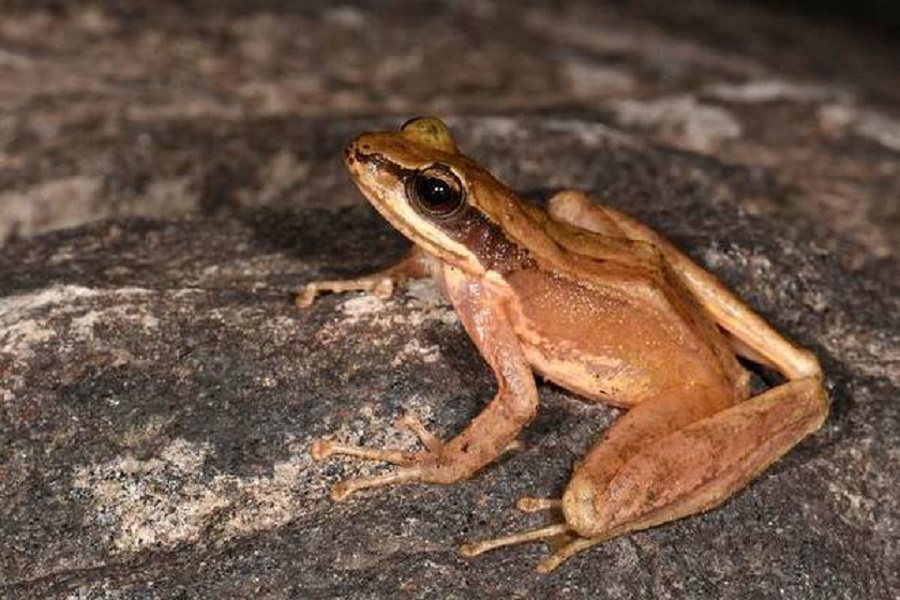 A team of biologists from Delhi University, Wildlife Institute of India and North Carolina Museum of Natural Science (USA) has discovered a new species of frog from the Adi hills Arunachal Pradesh, according to an official statement.

The new species of Cascade Frog has been named Adi Cascade Frog (Amolops adicola) after the Adi hills, which are home to Adi tribes, an indigenous group of people from the Himalayan regions in the state.

The literal meaning of Adi is "hill" or "mountain top". Historically, this region was also known as Abor Hills.

The findings have been published in a scientific article titled 'Phylogenetic position of the poorly known montane cascade frog  Amolops monticola (Ranidae) and description of a new closely related species from Northeast India” in the Journal of Natural History, London, the statement said.

The discovery was made as biologists investigated a group of medium to large sized Cascade Frogs from Northeast India over the last five years.

Dr. Abhijit Das, from Wildlife Institute of India, Dehradun, said the new species was discovered while revisiting the century-old Adi expedition in 2018 and named after the land of Adi tribe in Arunachal Pradesh where this species dwells particularly during the post-monsoon season.

According to the researchers, the “Cascade Frogs” are named so because of their preference for small waterfalls or cascades in flowing hill streams. The new species was identified based on multiple criteria, such as external morphology, DNA, and calling pattern.

“This study is once again testament to how little is known about the most threatened animal groups, frogs, in northeastern India. Many frogs in this region are reported to occur widely but, in fact, have relatively small geographical ranges and require special attention for conservation before they go extinct forever. Northeast India is a treasure house of species still unknown to Science”, said Delhi University Professor S. D. Biju, the corresponding author of the article. PTI