According to analysis of rainfall data over the last 70 years, there's a three-fold rise in extreme rains 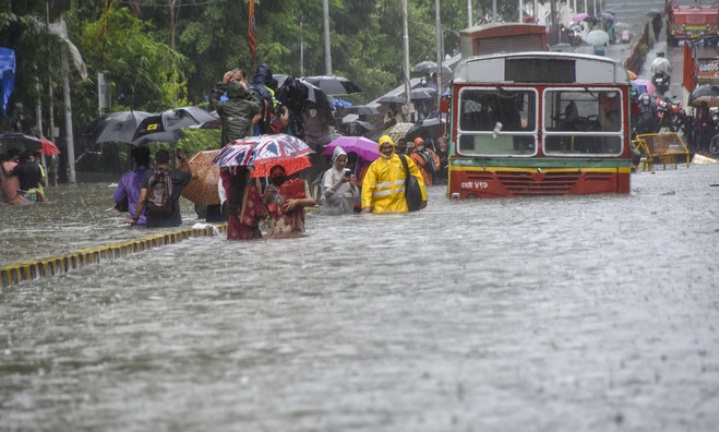 Commuters wade through a waterlogged street at Parel, following heavy rainfall, in Mumbai on Tuesday. PTI

Scientists explained the extreme rainfall event in Mumbai to an anomaly that will become a recurrent pattern with increasing warming of the ocean and poleward-shift of the low-level jetstream that impacts the Indian summer monsoon.

They say the warm ocean temperatures in the northern Arabian Sea results in increased moisture and large fluctuations in the monsoon winds.

Less than two months ago, the western coast of India was bracing itself for cyclone Nisarga, and it is now dealing with a torrential downpour.

A low-pressure area formed over the North Bay of Bengal off West Bengal-Bangladesh coasts on August 4, which is predicted to become more marked during the next 24 hours and move west-northwestward to south Gujarat across Odisha, Chhattisgarh and Madhya Pradesh during next three days.

Heavy to very heavy rainfall is forecast for these regions till August 10. A cyclonic circulation lies over south Gujarat and neighbourhood at middle and upper level tilting southwards with height.

"While it is too early for an in-depth analysis of the ongoing floods, what we can say is that there is an increasing trend in heavy rainfall events on the west coast of India," explained Roxy Mathew Koll, Scientist with the Indian Institute of Tropical Meteorology and Lead Author with the IPCC Oceans and Cryosphere.

"In our analysis of rainfall data over the last 70 years, we find a three-fold rise in extreme rains along the west coast and central India." This is because the monsoon winds over the Arabian Sea are now exhibiting large fluctuations, thanks to a warmer environment. 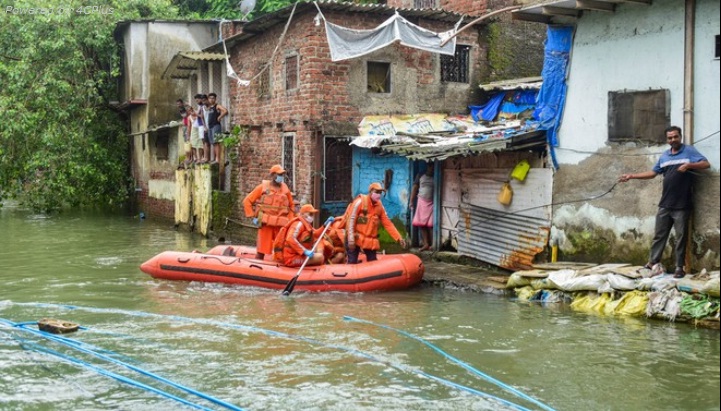 Occasional surges in the winds drive a huge amount of moisture supply from the Arabian Sea, across the entire west coast. These episodes result in an intense rainfall spread over three days.

"Besides some of my colleagues at New York University have found a slight northward shift of the monsoon westerlies in recent decades. This could mean that the chances of heavy rainfall might be larger towards the north of Western Ghats, but that aspect is yet to be explored," Koll said.

Anjal Prakash, Research Director and Adjunct Associate Professor with the Bharti Institute of Public Policy of the Indian School of Business, said: "We have enough knowledge now that links some of the high precipitation events with rapidly changing climatic conditions." "IPCC reports have given pointers apart from other studies of similar nature. This information must lead to wisdom on what could be done. Some of the Indian cities such as Mumbai, Kolkata, Vizag and Goa are at greater risks due to its proximity to the sea or being in the high-hazard zones.

"Mumbai being the richest Indian municipalities does not have a lack of resources to adapt to these climatic events. With proper adaptation measures, some of the impacts of high rainfalls could be avoided." IANS