On brink of extinction, a new hope for Kenya's forest antelope : The Tribune India

On brink of extinction, a new hope for Kenya's forest antelope 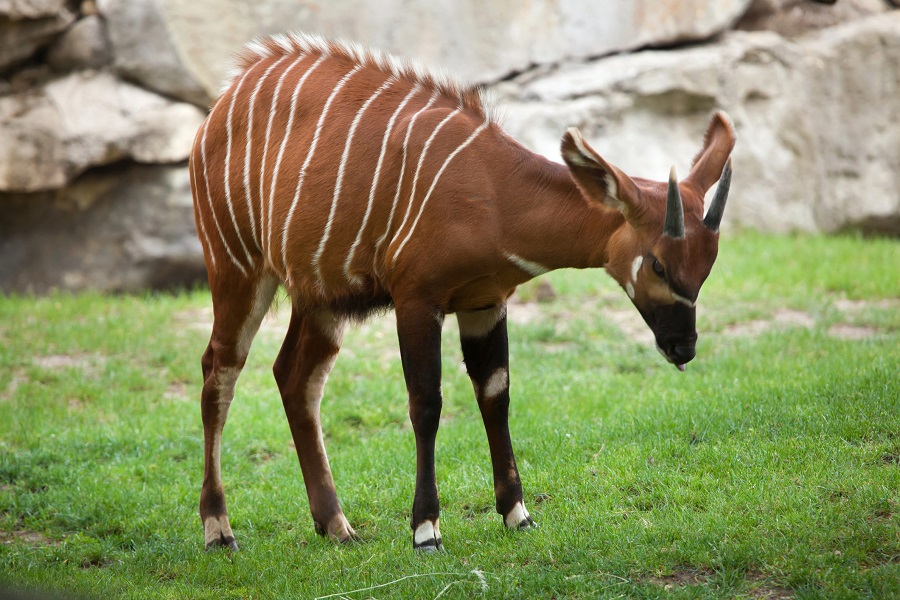 Still dizzy from the transquilizer, a mountain bongo made its first uncertain steps outside captivity as conservationists in Kenya opened a sanctuary they hope can bring the endemic forest antelope back from the brink of extinction.

A combination of disease, poaching and loss of forest habitat from illegal logging and agriculture have left fewer than 100 mountain bongos in the wild, according to the International Union for Conservation of Nature (IUCN).

But this week conservationists released five of the large chestnut-coloured antelopes, which is native to the equatorial forests of Kenya, into the 776 acre (3.1 square kilometre) Mawingu Mountain Bongo Sanctuary in the foothills of Mount Kenya.

"The mountain bongo is one of Kenya's most important iconic animals," said Najib Balala, minister of tourism and wildlife, after cutting the ribbon at the sanctuary's opening ceremony on Wednesday.

The bongo's release is the culmination of a breeding and rewilding program that began in 2004, which aims to have 50-70 fully rewilded bongos in the sanctuary by 2025, and 750 by 2050, according to the government.

"This is like the first step in the recovery," said Isaac Lekolool, head of veterinary services at the Kenya Wildlife Service (KWS).

Mountain bongos once roamed widely in large numbers, but the few remaining animals, whose coats are streaked with distinctive thin white stripes, live in isolated pockets of forest scattered around Kenya.

Among the threats, the IUCN says there has been an increase in hunting of mountain bongo by local people, including hunting with dogs.

"This species is being driven to extinction in the wild unless something is done quickly," said Robert Aruho, head of vetinary services at the Mount Kenya Wildlife Conservancy (MKWC), a charity.

MKWC has set up community conservation, education, and empowerment programs to raise awareness and help reduce human threats to the animal.

To help maintain genetic diversity in the breeding program, approval has been given to import bongos from Europe and America, Aruho said. Reuters