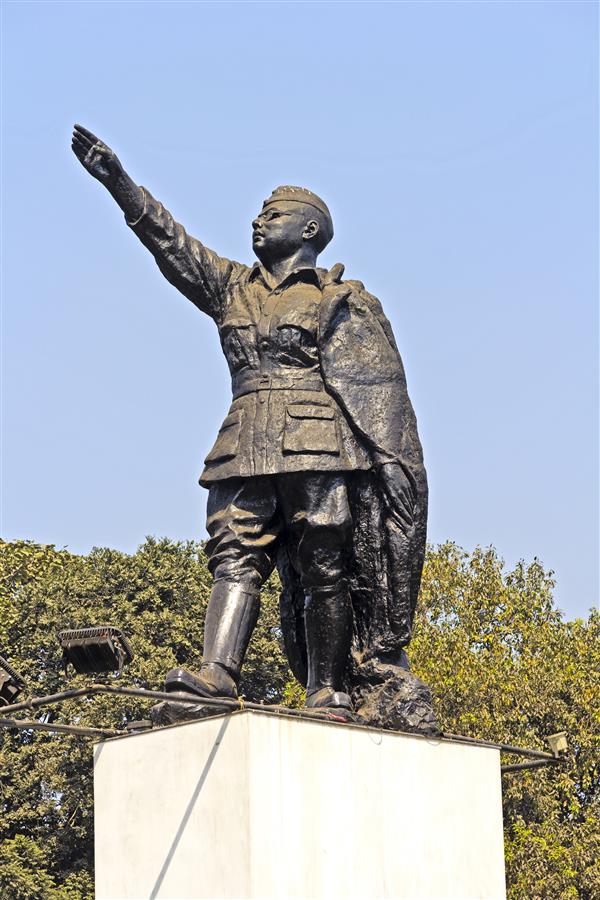 Netaji Research Bureau chairperson Sugata Bose has shot off a letter to the Victoria Memorial authorities, claiming that one of the relics at an ongoing exhibition at the museum, commemorating the 125th birth anniversary of the legendary freedom fighter, is fake.

In the letter to Victoria Memorial Curator Jayanta Sengupta, the leader's grandnephew said the museum authorities had never asked for a copy of Netaji's resignation letter from the Indian Civil Service and what has been put on display there is a fake exhibit.

The Harvard University professor and son of Dr Sisir Bose said the authentic photocopy of Netaji's resignation letter from the ICS has been with the bureau for about 50 years.

He urged the museum authorities to "immediately take down the fake copy" and said "more shockingly Netaji Research Bureau is mentioned as the source below this fake" item.

"You never asked us for Netaji's resignation letter or anything else and we supplied nothing to you directly. Sisir Kumar Bose and Krishna Bose had found Netaji's original letter of resignation in his own handwriting and signed by him to the Secretary of State for India in the India Office of Records of London in September 1971.

"They obtained an authentic photocopy which was published in facsimile for the first time in Krishna Bose's book Itihaser Sandhane and has been displayed in the Netaji Bhawan for nearly 50 years," Bose said in the letter.

"You should also investigate who produced the fake item as it is extremely embarrassing that the Prime Minister of India inaugurated the exhibition with the fake item on display," he said.

No photographs of Netaji in disguise were taken or allowed to be taken during his "mahanishkraman" or great escape, the research bureau chief claimed.

"While it appears that the originals of many photographs and facsimiles of letters and documents exhibited by you are indeed from the archives of Netaji Research Bureau collected with the dedicated effort of more than six decades, Victoria Memorial never contacted NRB to seek help with your exhibition.

"I am puzzled therefore about the basis on which you have given acknowledgements," Bose mentioned in the letter.

Expressing his disappointment over Victoria Memorial's conduct in mounting the exhibition, Bose said, "This is no way to honour our great leader."

Bose told PTI on Sunday that he has not got any response from the Victoria Memorial authorities on the issue.

The Victoria Memorial curator could not be reached for his comment.

'Nirbhik Subhas'(Irrepressible Subhas), a multimedia exhibition, celebrating the 125th birth anniversary of Netaji began at Victoria Memorial for the public from January 28.

"The exhibition contains 125 stories on Netaji in celebration of his 125th birth anniversary," the museum authorities had earlier said.

"These stories are shared through 125 original artefacts, pictures, replicas and objects sourced from across the world, making the viewer reflect on Netaji's ideals and beliefs in contemporary times," it added. PTI