Oxygen therapy may put a brake on Alzheimer's 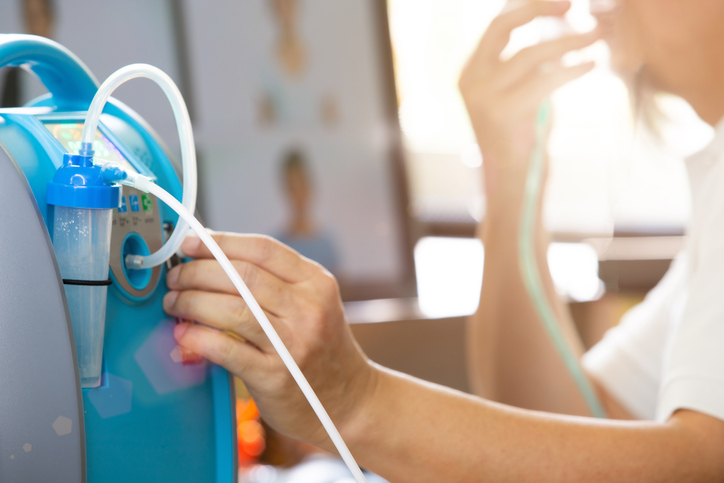 Oxygen therapy halted the build-up of plaque on the brain -- a key characteristic of Alzheimer's disease, in a mice model, as per a novel study.

The study, by scientists at Tel Aviv University in Israel, showed that breathing pure oxygen for some time in a pressurised -- or hyperbaric -- chamber can boost the functioning of the human brain. In animals, the therapy helped fight the build-up of brain plaque, the Times of Israel reported.

"I don't think this can 'cure' Alzheimer's in humans, but it may be able to significantly slow its progression and severity," lead author Professor Uri Ashery from the varsity's Sagol School of Neuroscience, was quoted as saying.

"Further studies are needed, but people could possibly start benefiting from this in just a few years," Ashery added.

The team published their findings in the peer-reviewed journal Aging.

In the animal trial, which involved 15 genetically-modified mice that mimicked degeneration caused by Alzheimer's, the therapy led to the prevention of amyloid plaques forming on the brain and the removal of some existing amyloid plaque deposits, the report said.

Amyloids -- non-soluble proteins -- are believed to be connected with severe degenerative conditions such as Alzheimer's.

"We had a control group of similar mice that did not receive the oxygen therapy, and they grew many more amyloid plaques," said Ashery.

"Among those who received the therapy, only a third of the number of new plaques appeared, and existing large plaques reduced their size, on average, to a half of what they were," Ashery noted.

The team also monitored six people over the age of 60, who have experienced signs of cognitive decline.

After 60 sessions of oxygen therapy over 90 days, their blood flow to the brain was improved by an average of 20 per cent, and results in memory tests were improved on average by 16.5 per cent, according to the report.

While the human sample size was small, it may reflect the benefits of the oxygen therapy, as observed in mice, working on humans. "More research is needed, but there could be tremendous benefits if this can help people who lose cognitive abilities, either before or during the onset of Alzheimer's," Ashery said. IANS