Patriotism is the most sublime feeling

Students pen their thoughts on the eve of Independence Day 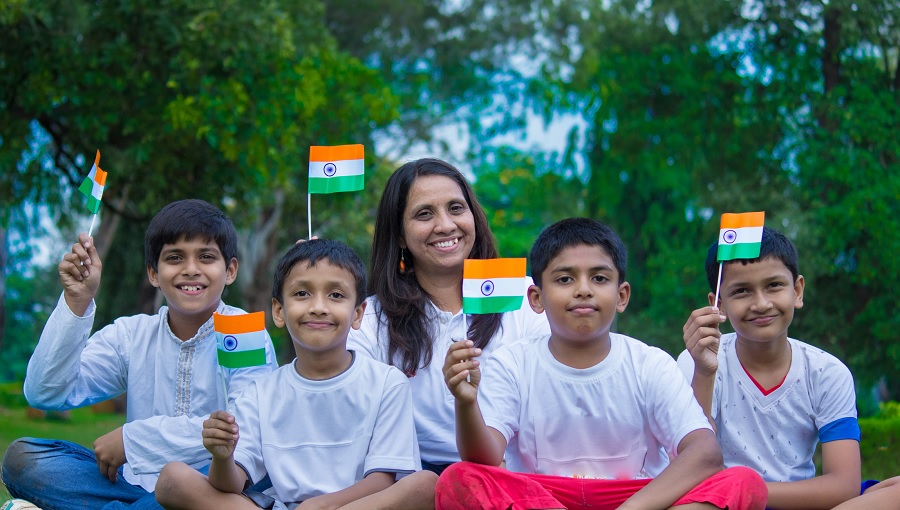 An aura of purity, selfless love and devotion can be felt by just hearing these lines.

These are not just words, rather this is the essence of patriotism. But what is patriotism or how can it be defined?

If freedom is the oxygen for the soul, then patriotism is the molecules that make that oxygen.

Patriotism is not finding heaven in the land but creating heaven on it by protecting it from the evils, and if required achieve heroism by self-sacrifice.

The country where we are born is our birthplace. Mother and motherland are revered and respected. It is from its pride that the pride of all the countrymen comes.

Hence, it is our privilege to safeguard its dignity and pride. Patriotism is superior to all devotions and deeds.

Patriotism is not raising your country for your lust; it is overcoming all greed and giving your all for the honour and unity of your country.

Patriotism is the spirit of reverence to be celebrated.

Independence Day is a patriotic festival where the sacrifice of every Indian who has fought for the identity of the country is respected and acknowledged.

Every year, August 15 serves as a reflection of all the events of victory of this tremendously diverse nation — India.

We express gratitude to all the inspiring leaders namely, Pandit Jawaharlal Nehru, Mahatma Gandhi, Rani Lakshmi Bai, Bhagat Singh and a million others who have helped in defining India as the world respects and remembers it today.

To conclude, bravery is regarded as the jewel of the soldiers, their courage is their body which the nation has nurtured and their strength is patriotism above all.

True patriots never talk about killing, their mission is about protecting, serving and preserving their country even if it means that they have to sacrifice their own life for it. When the flag unfurls in the wide open sky, it is not because of the air current but because of the patriotism suspended into the air.

Proud to be an Indian!

Freedom fighters are the real heroes of our nation

Birds flying in the skyPeacocks dancing under the droplets

of joy; How beautiful they appear when they freely move here and there

Actually they show that the freedom lies here.

Everybody wants to be free. Without freedom, life loses its meaning. We all want freedom in social, political, economic and cultural aspects of our lives. And it is this quest for freedom that fills one’s mind with deep respect for all those who fetched us freedom, the ones whose extreme sacrifices have enabled us to be born in a free country. We must remember these heroes while going outside our homes and, while enjoying our happy moments. It is very important for all of us to remind ourselves of the time when India was not a free country. When every Indian was suppressed under the brutal feet of Britishers. At that time, stepping out of one’s home with head held high was just a fantasy for a common man. But it was these brave men who made making this dream a reality their passion. When the need for freedom and revolution for independence was felt in India, the young blood started realising the need for freedom.

These included the great revolutionary Bhagat Singh; the symbol of women empowerment Rani Lakshmi Bai; most courageous personality, Subhas Chandra Bose; the king of patriots Chander Shekhar Azad; and many more. These were the men and women who realised that the British who came to trade with India had enslaved our country. They realised and made others understand that Britishers won’t let Indian culture and heritage grow.

They were the well-wishers who realised and made others realise about the dignity of their country which was being exploited by the foreign rulers. From my point of view only as an Indian, I would like to call them the real celebrities, the real inspirations, the real heroes. They were the bravehearts who formed the base of our country, who suffered pain, hardships, risks and opposition and even sacrificed their lives for us because they wanted their future generation to breathe the air of freedom and absorb the sunshine of dignity. All they did in the past was only for our today. Today, we can step outside our homes without any fear of being suppressed by anyone.

A huge thanks to our freedom fighters, soldier brothers, honest civil workers.

Taking a solemn pledge to serve my country

My country, It is of thee, sweet land of liberty, of thee I sing, land where our fathers died, land of the pilgrims', from every mountain side, let freedom ring.

Our nation grows and prospers, faces dynamic challenges, still holding on to our cultural roots to build a strong future. It is because we stand free...Free from the foreign forces surely. At the same time my mind ponders, “Are we really free..?Are we free from our inner demons and malice?” For me, freedom of the nation’s borders from foreign forces is not enough. It is the mind that needs to be free. Free from social evils superstitions, religious fanaticism, divisions of caste and gender bias. Only if the fertiliser of equality and freedom is fed to the young plant, will the buds bloom to give a flowering on a true patriotic tree. Patriotism is then easy to understand-looking out for yourself by looking out for your country.

No doubt, freedom is the oxygen for the soul so there is no other reason needed to celebrate its essence. But freedom is never free.

Our flag is not just a piece of cloth with colours on it but it is a symbol of liberty, freedom, sacrifice and is marked by the blood of those who have died defending it. When a person realises this, only then he or she can become a true patriot and can inspire others around him to work towards building a strong, better and a successful nation. The parents, as well as teachers, must make an effort to instill the spirit of patriotism in the minds of younger generations.

They must promote the emotion of patriotism as the youth of the country must respect the country, feel attached to it, make efforts and work towards making it a strong nation.

Great thinkers say "Liberty means responsibility". As a young student, with my mind full of hope, desire and fulfillment, I wish to take on that responsibility. I wish to work to succeed in my vision of a technologically as well as economically and a healthy progressive state.

As I see my 'Tiranga' glowing in the sky, I take a solemn pledge to serve my nation, to make a difference, to make a mark. I visualise a progressive, happy, peaceful, idealistic 'Bharat, governed by a democracy, with educated young minds, equal beings, free souls believing in globalisation,world peace, making its mark in space! That is my dream India.