PM's help sought to save school for blind in Varanasi 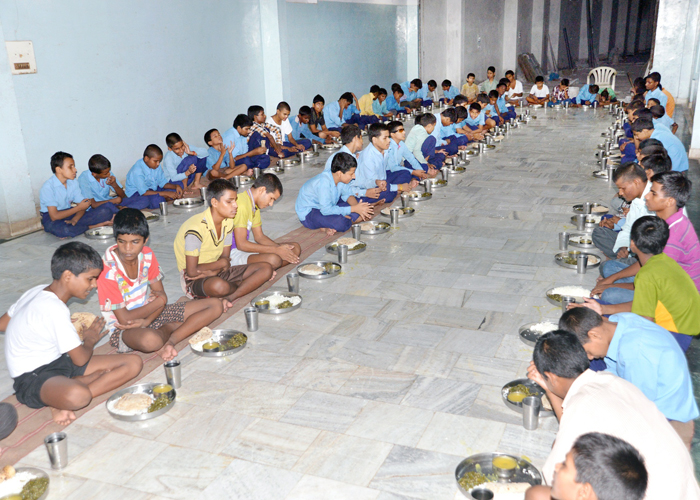 Students of a school for the visually impaired in Varanasi, have been left out in the cold following the closure of the Sri Hanuman Prasad Poddar Andh Vidyalaya.

NSUI general secretary Nagesh Kariyappa has written a letter to Prime Minister Narendra Modi to intervene and save the school that provided free boarding and lodging and education to visually impaired students.

Last year, on June 17, at an executive meeting of the school administration, a decision was taken to stop admissions to classes nine to twelve. The reason given for this was financial crunch. Since then, the 250 students of the school have been protesting.

"For two years now, the school administration has been trying to close down the institution stating financial reasons even though it gets government funds," Vikas, a 22-year-old class ten student from Sripur in Mirzapur district, who studied at the Vidyalaya.

Nagesh Kariyappa said the process to close down the school began from February 2019 and a notification issued by the school claimed that students have become undisciplined, unruly and are disturbing the peace of trustees and school management.  However, no action was cation on the notification until June 2020 when the pandemic struck. The management held a meeting under the chairmanship of Krishna Kumar Jallan and passed the closure proposal of the blind school.

"Shri Hanuman Prasad Poddar Blind School is one among four blind schools in Uttar Pradesh. The school was run and managed by Varanasi based businessman Krishna Kumar Jallan. Jallan's group has varied interest in supermarkets and real estate properties  for the same. The blind school property is situated in middle of the city in Durgakund and a few steps away from Jallan's mall. As the significance of this property increased, Jallan's group decided to close this school and ruin the future of thousands of  blind students," he said.

"We appeal to the Prime Minister that the central government should take over the institution and run it. The issue involves the government's commitment towards the cause of disabled community. Moreover, the matter concerns his own parliamentary constituency," the NSUI leader said. IANS