Outreach initiative ‘How to keep your child safe’ 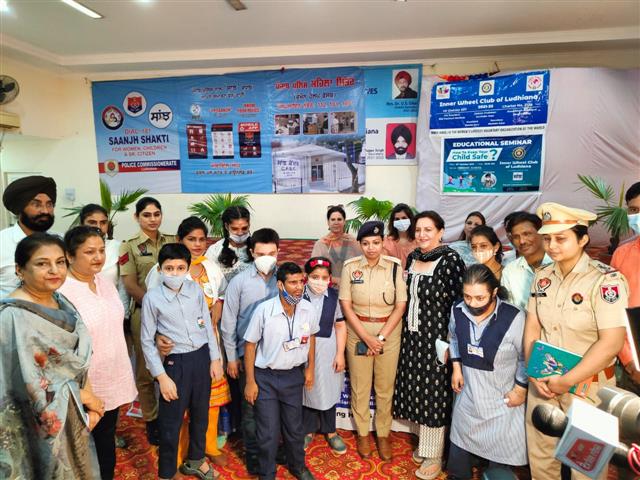 ADCP Dr Pragya Jain posing with special children at the launch of initiative in Ludhiana on Wednesday.

In a first, the Ludhiana Commissionerate Police have reached out to the specially abled children and their parents putting up here.

Brainchild of the Commissioner of Police (CP) Gurpreet Singh Bhullar, the humane policing outreach initiative, christened “How to keep your child safe”, will educate and guide the special kids and their parents about the vulnerabilities faced by them and the threats they are exposed to from cyber and social media platforms.

In the first phase, over 100 minor children, predominantly male, in the age group of 6 to 17 years, studying at a local centre, and their parents will be covered.

Divulging details, ADCP Dr Pragya Jain, who launched the initiative, told The Tribune here on Wednesday that a special informative session was organised for specially abled children and their parents by the Saanjh Centre of the Commissionerate Police in collaboration with the local NGOs.

“They were educated about the vulnerabilities faced by the children, good and bad touch, and how to seek immediate police help when need arises,” she disclosed.

The beneficiaries, who are studying at Nirdosh, a centre for specially abled children, are being taken care of by the speech and occupational therapists, doctors and teachers to make them self-reliant and independent.

“We reach out to them to sensitise them about the vulnerabilities faced by them at home and outside, besides the threats they are exposed to from different quarters.

Assuring all possible help and support to make the initiative a success, the CP said it is for the first time when such a special group, which needs more care as compared to others, is being reached out to.

The ADCP, who mingled with special children and made them feel good by even saluting them, educated their parents about the steps needed to be taken to prevent the possible threats faced by them and how to keep their kids safe.

She also apprised them of Saanjh initiatives and common helpline numbers.

“We will be visiting them and keep interacting with them on regular intervals to ensure their safe and healthy upbringing,” assured Dr Jain, while promising to go an extra mile to help the special children in their day-to-day living.