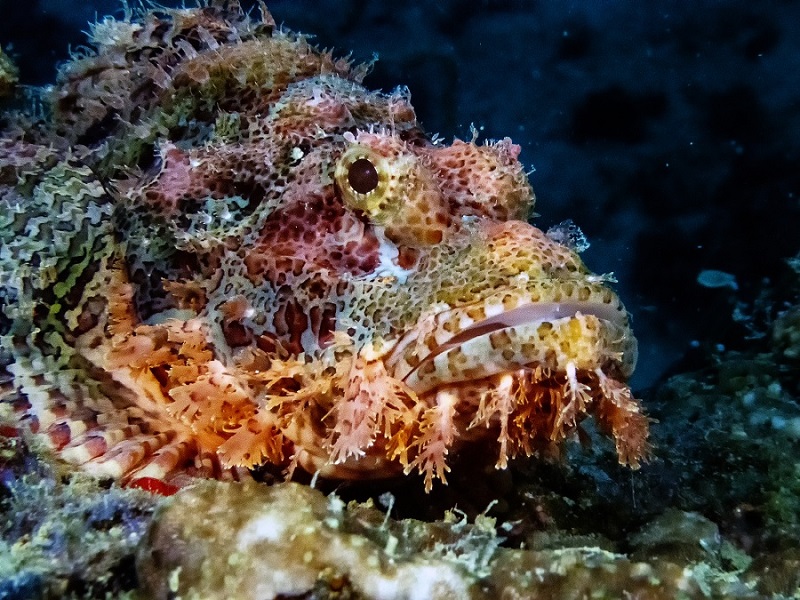 Indian researchers have found a rare fish — capable of changing its colour— off the Sethukarai coast in the Gulf of Mannar, one of the world's richest region from a marine biodiversity perspective.

Camouflaged within the seagrass meadows, the bandtail scorpionfish (Scorpaenospsis Neglecta), a rare marine species well-known for the stinging venomous spines and the ability to change colour, was found during an underwater exploratory survey of the seagrass ecosystem by CMFRI scientists.

"This was the first time this particular species was found live in the Indian waters," the Kochi-based Central Marine Fisheries Research Institute (CMFRI) said in a statement here on Sunday.

This very rare fish has a handful of characteristics that may draw the attention of marine enthusiasts, it said.

It has ability to change its colour and blend with its surrounding environment to escape from predators and while hunting its prey.

"During the underwater survey, this species was first sighted as a coral skeleton. On first look, its appearance was totally confusing as to whether it was a fish at all or fossilised coral skeleton covered with bivalve shells", said Dr R Jeyabaskaran, Senior Scientist at CMFRI, who led the team of researchers in finding the fish.

He said the fish started changing its colour since the moment they disturbed it by touching a dead coral fragment.

"It was noticed that within four seconds, the skin of the fish changed from white to mottled black colour, he said.

Immediately after it was caught by hand using zip-lock polyethylene bag, the fish flashed the pectoral fins and the inner side of these fins came in full view exhibiting bright yellow colour with black band margin, he said.

Having a highly powerful sensory system, the fish could even detect respiratory ventilation flows produced by crabs at a distance of 10 cm in dark environment.

Unlike other fish, band-tail scorpionfish uses its lateral sensory system instead of eyes to hunt its prey.

The specimen was deposited in the National Marine Biodiversity Museum of the CMFRI.

This research work was published in the latest issue of the journal 'Current Science.'

According to UNESCO, the Gulf of Mannar's 4,223 species of plants and animals representing from primitive to higher forms make it one of the richest coastal regions in India.

Sethukarai is a famous pilgrimage centre in Tamil Nadu, connected to Indian mythology. It is believed that Lord Ram constructed a bridge over the sea from Sethukarai to Sri Lanka. — PTI