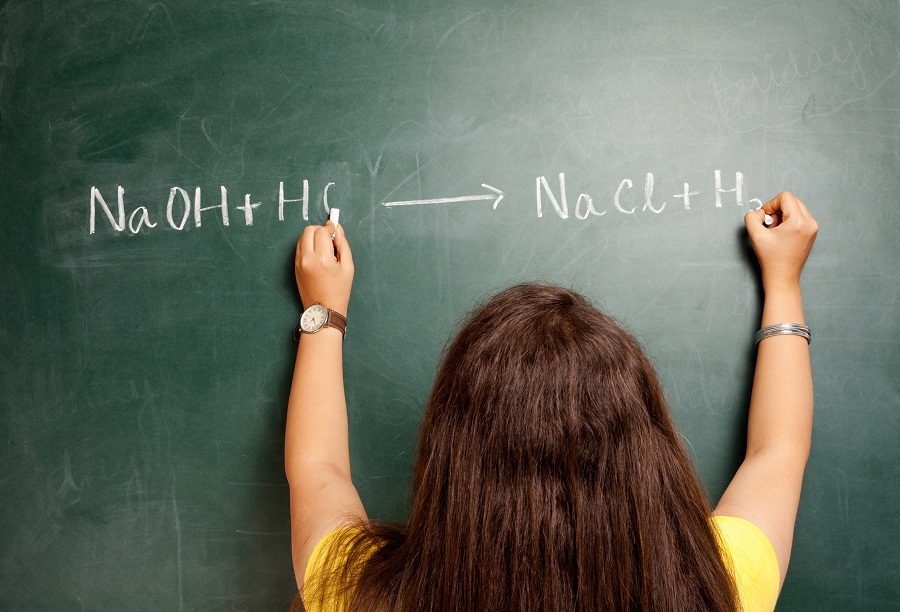 As a prodigal child, Aadi Swaroopa began writing with both hands when she was 2-3 years old. (iStock)

Not content with the two records she has set so far, including one Guinness record, ambidextrous teenager Aadi Swaroopa wants to set more records in diverse fields.

"As am multi-talented, I want to set national and world records in diverse areas like mimicry, Rubik's Cube, music and writing more words (60) per minute with both hands simultaneously," Swaroopa said.

Swaroopa shot to fame when the Bareilly-based Lata Foundation in Uttar Pradesh awarded her its Exclusive World Record on August 14 for writing 40-45 words per minute in English on a blackboard or a notebook with both hands simultaneously.

"I am practicing to increase the speed and set a world record by writing 55-60 words in a minute with both hands at a time," said Swaroppa, as she celebrated her 16th birthday on Tuesday with her parents -- Gopadhkar and Sumangala Sumadkar -- who run an informal school to train high-school students in art and craft.

"I set a Guinness World Record in Rubik's Cube Mosaic with my mother (Sumangala Sumadkar) in the group category in 2018. I will attempt for a similar feat in the individual category in 2021," said Aadi Swaroopa.

Though Swaroopa did not go to a formal school for studying in regular classes, she is preparing to appear as an external candidate for the SSLC board exam in March-April 2021. The state education department conducts the test for Class X students every year.

As a multi-faceted teenager, Swaroopa is ambitious to set at least 10 world records by harnessing her born talent in creative and fine arts, spanning artistic skills with hands, vocal cords, fingers and gestures.

"I also want to set a world record in Beatbox, a form of vocal percussion played to mimic drum machines by using one's mouth, lips, tongue and voice," Swaroopa said.

As an informal student of her parents, Swaroopa regularly participates in the Shikshana Adhyayana Kendra activities in this coastal city.

"As a prodigal child, Swaroopa began writing with both hands when she was 2-3 years of age. She can write in 10 different ways using both her hands," said Sumadkar.

Since then, Swaroopa learnt to write in unidirectional, opposite direction, right-hand speed, left-hand speed, reverse running, mirror image, dancing and blindfolded, hetero-topic and others.

"I am learning how to play guitar and keyboard at the centre," she quipped.

Lauding her daughter's multi-faceted personality, Sumadkar said using both hands to write or perform any activity activates both sides of the brain cells.

"As per studies, children should be encouraged to use both sides of the brain to learn many things till the age of five when their grasping power is fresh and sharp," added Sumadkar.

Recalling Swaroopa's childhood, Gopadkar said their only child learnt to read when she was just 18 months old and was able to write at least 30 pages when she was 30 months old. With diverse interests, Swaroopa is also learning Hindustani music under Pandit Ravi Kiran. She also presented about 50 Yakshagana shows to display her talent in traditional theatre form, which is popular in Karnataka and Kerala. IANS