Schools will need a detailed road map to resume classes 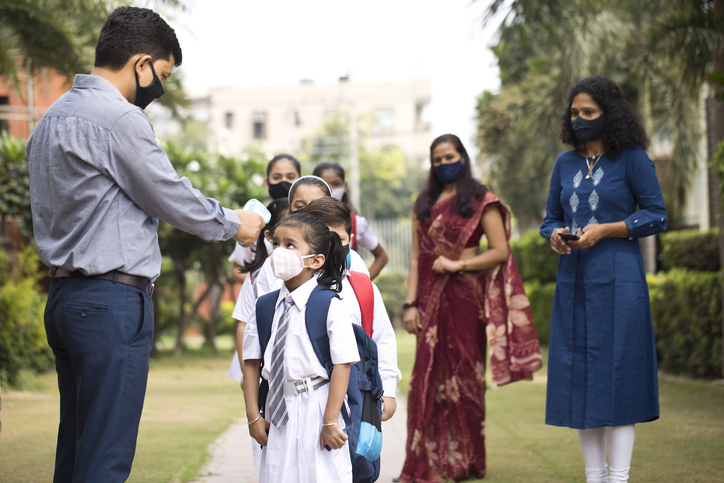 Schools in India have now been mostly closed for almost 2 years (especially primary and middle schools). While many efforts have been made towards online education, its penetration and effectiveness remain woefully inadequate. In a country with 40-70% of children not having access to a device, schools resorting to online learning has meant a massive number of kids being left out.

Initial data seems to suggest that 90% children lost at least one specific language ability. In fact, research by World Bank suggests that every year of schooling lost will potentially translate to 9% lower future earnings for a student – compounding to devastating impact on future GDP.

While everyone was hoping for all schools to open in January 2022, the Omicron surge led to a fresh wave of prolonged closures across the country – dashing the hopes of educators, parents and children alike.

In this context, Boston Consulting Group (BCG) and Teach for India compared how other countries and some Indian states have dealt with continuing education through Covid. The report titled “India Needs To Learn — A Case for Keeping Schools Open” captures key findings from this study and the imperatives for India to build back better.

The recommendations have been developed in consultation with and have been endorsed by more than 35 organisations in the education space and are also supported by multiple public health leaders, including Dr. Gagandeep Kang (Professor, CMC Vellore), Prof. K. Srinath Reddy (President, PHFI) and Dr. Nachiket Mor (Visiting Scientist, The Banyan Academy of Leadership in Mental Health).

A global comparison of school status since Covid hit, reveals that while schools were mostly shut in 2020 (first half), many countries kept schools largely open through subsequent waves. For instance in 2021, many countries had schools operational in-person for large parts of the year (including Japan, South Africa, US, UK, Portugal). This is despite 2-8x higher disease incidence or cases per million population compared to India.

Seema Bansal (Partner & Director, BCG) says, "Like so many other sectors, the pandemic has also affected education severely over last two years. Globally the extent of loss around learning has been staggering, and in India the digital divide amongst urban and rural students has been extensive. The need of the hour is to pivot to a mindset where schools are the "last to close and first to open" in any future waves of the pandemic or other exigencies (for e.g., pollution in North India) – as also successfully demonstrated by many other countries."

One key issue with India's centralised decision making has been that schools in districts with very limited spread, were shut due to mass closures (at state level). For instance, in late December 2021, 70% districts in India had <25 daily cases. However, with the approaching third wave, most states took the decision to shut schools state-wide.

"In addition to bridging learning losses, school re-opening will help address other associated implications of two years of school closures. For instance, 35% children didn't get midday meals during school closures as per a recent study. If this continues for a prolonged period, it could potentially lead to higher burden of malnourished children in India (an issue the country already struggles with). School re-opening will also help address other challenges which saw a spike over the past two years (including poor socio-emotional health and child labour)," added Diksha Bahl (Consultant, BCG).

The report lays out the 4 key imperatives for the Indian education system, wherein it’s critical to pivot to a philosophy of schools being "last to close and first to open":

Finally, as children/students come back to school after 2 full years, India needs a massive multi-year catch up programme for them (a 30-day or 100-day programme may not suffice). This will require strong resource allocation, "mission-mode" focus and resilience planning to build back better.

Shaheen Mistri (CEO, Teach for India) says "The 650-odd days of severely disrupted learning, with schools nation-wide largely closed for all children, have led to a task ahead of colossal proportions. If we are to avert a catastrophe that will permanently damage this school-going generation of a bright future, we will need to invest heavily, over the next several years, to not just close the many gaps the pandemic has created but to use this as an opportunity to reimagine a new, fundamentally different education system - where continuous learning is more important than board exams, where children come to school to develop the skills and values to live their greatest lives and uplift the lives of others."