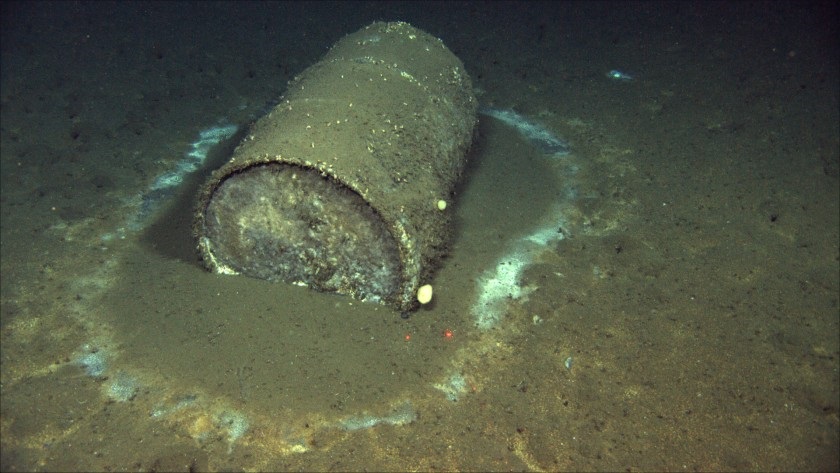 Scientists found 27,000 barrel-like objects on the seafloor about 12 miles (19.3 kilometers) offshore Los Angeles, local CBS news channel reported, saying it confirmed the existence of a DDT dump site in the waters off the coast of Southern California.

The report said that a team from University of California San Diego's Scripps Institution of Oceanography used two deep-sea robots to map more than 36,000 acres (145.7 square kilometers) of seafloor between Catalina Island and the Los Angeles County coast over two weeks in March.

Among more than 100,000 objects on the seafloor imaged by sonar as deep as about 1,000 meters blow, 27,000 were classified as barrel-like, and it could contain DDT inside, the report said, adding even though samples would be taken to see what was inside the barrels, the area had already been found to contain high levels of DDT in sediments and the ecosystem, the Xinhua news agency reported on Friday.

"Unfortunately, the basin offshore Los Angeles has been a dumping ground for industrial waste for several decades, beginning in the 1930s. We found an extensive debris field in the wide area survey," Eric Terrill, chief scientist of the expedition and director of the Marine Physical Laboratory at Scripps Institution of Oceanography, said in a statement to CBS news.

According to a report from local ABC 7 early this month, researchers from the University of California, Santa Barbara and Scripps Institution of Oceanography conducted the survey focusing on gathering information not vacuuming up the toxic material.

Researchers had been exploring this site and learning more about the extent of the pollution for at least a decade using underwater cameras and robotic vehicles, the report said, noting this latest expedition hoped to get a more detailed picture of the extent of the contamination.

The report named the Montrose Chemical Corp. as the owner of the toxic DDT, which was described as the largest global supplier of DDT for decades.

The company's plant in Torrance, 30 kilometers south of Los Angeles downtown, produced more than 800,000 tons of the chemical from 1947 to 1982. While DDT was banned in the US in 1972, the company continued to manufacture it in Southern California for export to other nations.

The report also noted that at one time dumping chemicals into the ocean was permitted by California and federal officials. The company is estimated to have dumped 2,000 to 3,000 barrels a month from 1947 to 1961 - or about 1 million gallons (3.79 million liters) of waste per year.