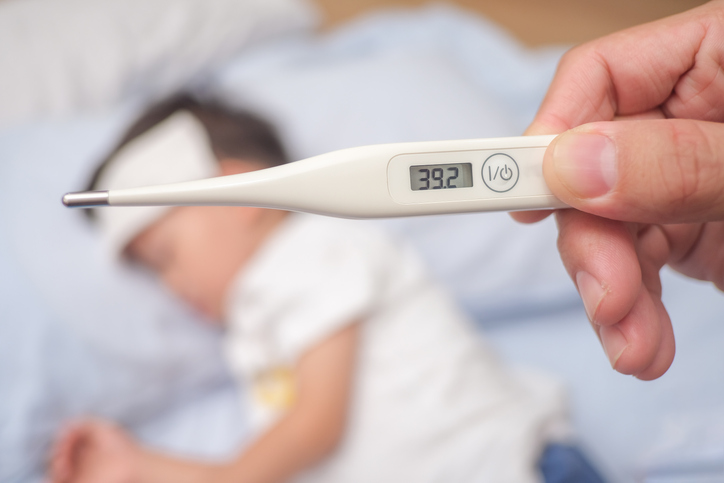 The West Bengal Health Department has informed that there has been a sudden upsurge in the admission in paediatric wards in Jalpaiguri district. Hospitals in the North Bengal area in the last five days have admitted children between the age of 1 and 4 years with complaints of fever, cough, and shortness of breath).

According to hospital sources most of the children came from the neighbouring Jalpaiguri Sadar, Mainaguri, Dhupguri and Mekhliganj, Haldibari in Kochbihar According to officials, on an average 50-60 patients are admitted in the paediatric ward of the Jalpaiguri district hospital, but there has been an increase. In the last 4-5 days 120-140 patients have been admitted in ward, mostly below four.

The RAT (Rapid Antigen Test) test has been done on almost 80 to 90 per cent of the patients that have come out negative.

Only one baby was found Covid positive and was admitted in Sncu (Special New-born Care Unit) in isolation.

"Many of the children have recovered. On Sunday itself 48 children were released. Presently 149 children are undergoing treatment," a senior official of the hospital said.

"Children get fever during change of seasons. For some reason this time maybe a little more attention is being paid. Fever, cold, cough. Someone also has diarrhoea. We are careful. I have also informed the higher authorities about the matter," Acting Superintendent of Jalpaiguri district hospital Rahul Bhowmik said.

"Malaria and Dengue screening done and only one baby turned out Covid positive.

"To accommodate the additional patients 45 new beds have been added in the paediatric department and a new ward was opened last Friday.

"One positive sign is that the cases are also not very complicated and the discharge rate is also high. The paediatricians are investigating any clustering or outbreak of different types of cases, but so far this seems to be the case of seasonal influenza-like illness," Director of Health Education Ajay Chakraborty said. IANS