Some of the aspects in language learning and teaching still remain largely unaddressed. 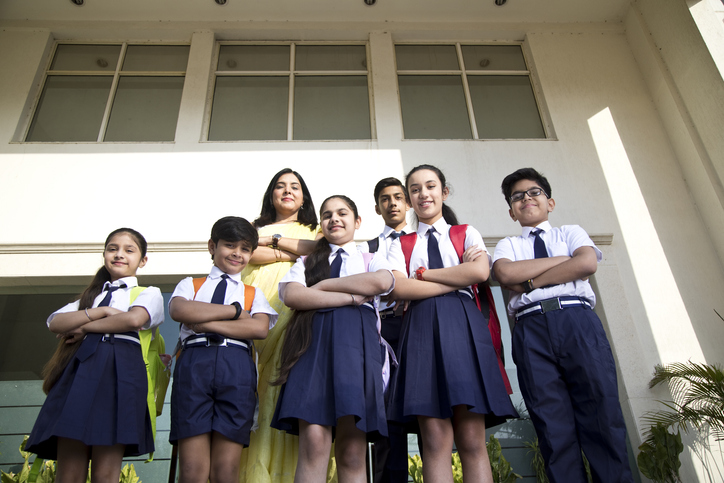 NEP 2020- A new education policy after a gap of almost three decades with the last major revisions done in 1986, cometh. It is touted as a move towards a more holistic, inclusive and futuristic  educational system, geared to meet the need of the 21st century educational aims, aligned to the Sustainable Development Goals 2030. Though the fine print will only be up for a sharper analysis after its implementation is rolled out, nevertheless, key points in so far as language teaching is concerned, may be taken into cognizance.

Language Teaching under the NEP 2020.

There is an emphasis on ‘promoting multilingualism, on the power of language in teaching and learning and on the extensive use of technology in teaching and learning, with an aim to remove language barriers’. The three language formula  under The new National Education Policy (NEP) proposes that at least two of the three languages learnt at school should be native to India-one of which is most likely to be the local/regional language.

NEP 2020 states “Wherever possible, students till Class V in schools should be taught in mother tongue/regional language/local language.” The idea is drawn from various studies that show young children best understand things in their mother tongue or home language, with a concession that teachers may use the bilingual approach to teach subjects.

The other provisions in the policy vis a vis this recommendation are, ‘The system should also make full efforts to establish an adequate number of schools having medium of instruction catering to significant linguistic minorities in that region.’

It recommends a bilingual approach for those whose language is different from the primary medium of instruction. ‘States from different regions of India, may enter bilateral agreements to hire teachers in large numbers from each other, in order to satisfy the three-language formula in their respective States, and also to encourage the study of Indian languages across the country.’  It adds.

Highlighting the advantages of Indian Languages, it goes on to say that, ‘Indian languages are very scientifically structured, and do not have unphonetic, complicated spellings of words and numerous grammatical exceptions; they also have a vast and highly sophisticated ancient, medieval, and modern literature in the Indian context; as a consequence, they have a certain home-feel and “apnaapan” quality in the Indian context, making them easier, more relatable, and more relevant for children and adults alike to learn and speak, and with which to learn and express deep concepts across school subjects.’

It adds that since Independence, ‘the economic elite of India have adopted English as their language; only about 15% of the country speaks English, and this population almost entirely coincides with the economic elite-compared with, e.g. 54% of Indians who speak Hindi. Furthermore, the elite often use English (whether deliberately or inadvertently) as a test for entry into the elite class and for the jobs that they control: English is regularly used by the elite as a criterion to determine whether someone is “educated”, and perhaps most unfortunately of all, as a prerequisite for jobs - even in cases of jobs where knowledge of English is entirely irrelevant. This sad scenario and attitude (again, it may well be inadvertent) has resulted in the marginalisation of large sections of society based on language, keeping them out of higher- paying jobs and the higher socio-economic strata.’

Some of the aspects in language learning and teaching still remain largely unaddressed.  Although an imposition of any language has been ruled out, the choice the learner has in selecting a language is still unclear. What will be considered a mother tongue if two or more languages are spoken at home or of those who are in transferrable jobs?

What of the English language medium schools- these questions remain unanswered as of now. How will this focus on learning through the mother tongue and teaching of regional language affect the aspirational learning of the English language, is another question that needs to be addressed. This especially at a time even a cursory visit to any small town’s market will have you see plenty hoardings announcing ‘English Language Teaching’ centres.

Be that as it may, how does this current proposed change affect English language learning in schools?

How far will the association of language with a usurpation of cultural values and ethos, affect the aspirational value of learning English language as one of the factors of securing a job is unclear still. In a survey, Indira Gandhi Institute of Development Research shows that though Hindi is the dominant language of India, English as a link language is ‘gaining strength’. Moreover, at a time when English is the most spoken non-native language and with it being the second most spoken language in India, after Hindi; the practical need to learn it, can scarcely be overlooked. English has thus been taught in India in varied form, EFL (English as a foreign Language) to ESL (English as a Second Language) apart from EAP (English as an Additional Language). From schools to colleges, right up till the learner is job ready, there is a tussle between learning English as a Subject and as a language.

Much has been written, spoken and deliberated upon on the policy, theoretically the CCE process was also a rewarding one, practically it failed to continue largely due to logistical and pedagogical hurdles.  SARTHAQ,   Students’ and Teachers’ Holistic Advancement through Quality Education, a detailed  implementation plan for school education as envisaged in the NEP 2020 has been launched recently, a timely step, needless to say that  it will practically need rigorous acclimatisation of all stakeholders in the educational process,  and digital upskilling of teachers, symbiosis between education, labour, and skills ministries, for teachers to implement it on the ground in letter and spirit.