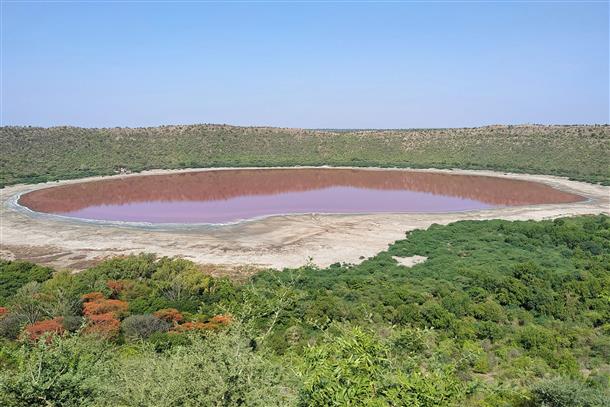 India has 41 wetlands, the highest in South Asia, with two more added to the list of recognised sites of international importance under the treaty of Ramsar Convention.

The Lonar lake in Maharashtra and Sur Sarovar, also known as Keetham lake, in Agra, have been added to the list of recognised Ramsar sites.

The Ramsar Convention on Wetlands of International Importance Especially as Waterfowl Habitat is a treaty for conservation and sustainable use of such sites. It is named after Ramsar, the Iranian city where the treaty was signed in 1971, and places chosen for conservation under it are given the tag ‘Ramsar site’.

“Happy to note that India has added two more Ramsar sites. Lonar lake in Maharashtra, the only crater lake of country, and Sur Sarovar, also known as Keetham lake, in Agra.

“Wetlands are the world’s natural water filters and one of the most productive ecosystem on the planet,” Union Environment Minister Prakash Javadekar tweeted on Sunday.

Recently, Kabartal in Bihar’s Begusarai district was recognised as a wetland of international importance, the first such wetland in the state, under the Ramsar Convention, according to the Union Environment Ministry.

The Asan Conservation Reserve in Dehradun, the first wetland from Uttarakhand to be recognised by Ramsar convention, was added to the list in October this year.

The other 38 Ramsar sites in India include Chilika Lake in Odisha, Keoladeo National Park in Rajasthan, Harike Lake in Punjab, Loktak Lake in Manipur and Wular Lake in Jammu and Kashmir.

The convention, signed in 1971 in the Iranian city of Ramsar, is one of the oldest inter-governmental accord for preserving the ecological character of wetlands.

Also known as the Convention on Wetlands, it aims to develop a global network of wetlands for conservation of biological diversity and for sustaining human life.

Over 170 countries are party to the Ramsar Convention and over 2,000 designated sites covering over 20 crore hectares have been recognised under it.

In January this year, 10 wetlands in India were recognised by the Ramsar Convention as sites of international importance. These are Nandur Madhameshwar in Maharashtra, Keshopur-Miani, Beas Conservation Reserve and Nangal in Punjab, and Nawabganj, Parvati Agra, Saman, Samaspur, Sandi and SarsaiNawar in Uttar Pradesh.