Almost half of New Zealand's peatlands are in the Waikato, but of a total of 89,000 hectares only 19,400 hectares remain in a natural state 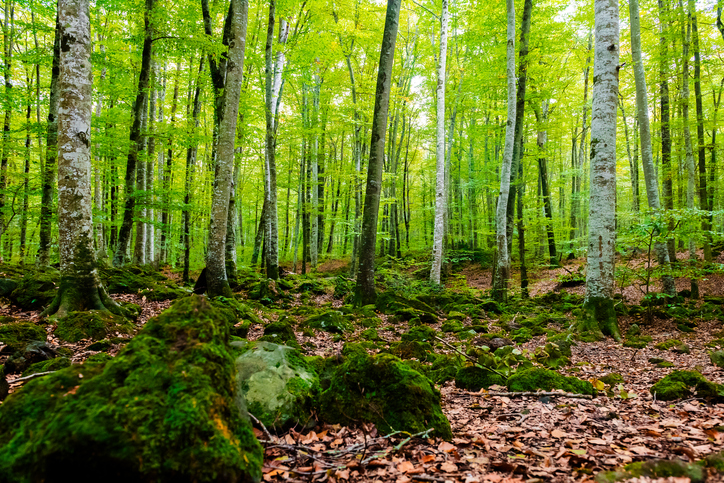 In recent decades, has New Zealand lost forest (both native and exotic) or gained it, courtesy of the One Billion Trees programme?

Apart from wetlands, land above the treeline, coastal dunes and a few other exceptions, New Zealand was once covered in forests from Cape Reinga to Bluff.

So was Europe, which basically consisted of a single forest from Sicily in southern Italy to the North Cape in Norway, before human intervention.

But since people arrived in New Zealand some 850 years ago, about three quarters of the country's native forest area has been lost. About half of the loss happened before Europeans arrived, mostly through burning to clear large areas of native bush.

In recent decades, the loss of native forest has slowed down. For example, in the first decade of the 21st century, we lost roughly 16,000 hectares of native forest, which translates to a loss of about 0.2% of the remaining total area covered in native forest (about 7.5 million hectares).

The error associated with such estimates is considerable, though, because land cover is complex and highly fragmented.

According to Global Forest Watch, the drivers behind the more recent losses of native forests include exotic plantation forests, urban developments and wildfires.

Indeed, the total land area dedicated to exotic plantation forests increased by about 200,000 hectares per decade between 1990 and 2017.

So what has the One Billion Trees Programme achieved in comparison to these changes?

The project's aim is to double the current planting rate and plant one billion, trees between 2018 and 2028. The latest report shows about a quarter of this goal has been achieved in terms of the number of trees planted. In regard to forest area, 25,557 hectares have been reforested, about half of it with natives.

This is a remarkable achievement in light of the losses cited above and the short duration of the programme.

But peat bogs only store carbon if they remain wet. Once drained, they begin to emit carbon dioxide. Almost half of New Zealand's peatlands are in the Waikato, but of a total of 89,000 hectares only 19,400 hectares remain in a natural state.

The Kopuatai bog itself is surrounded by dairy farms operating on drained peat. Collectively, the Waikato's drained peatlands produce 10-33 tonnes of CO2-equivalent emissions per hectare each year.

The draining of peatlands in the Waikato region did far more damage, in terms of carbon emissions, than a small loss of forest area.

But nevertheless, planting trees and increasing our forest area is an important and necessary contribution to climate mitigation, and often comes with a myriad of other benefits, far beyond carbon sequestration.

Sometimes it's as easy as planting your own fruit trees around your house. They will capture carbon for years to come, and keep you from buying fruit that has been transported thousands of kilometres.

They might even motivate you to reduce food waste. Globally, about 25-30% of food goes to waste. If we reduced food waste, we could save agricultural land multiple times the size of New Zealand and plant trees there instead. — PTI