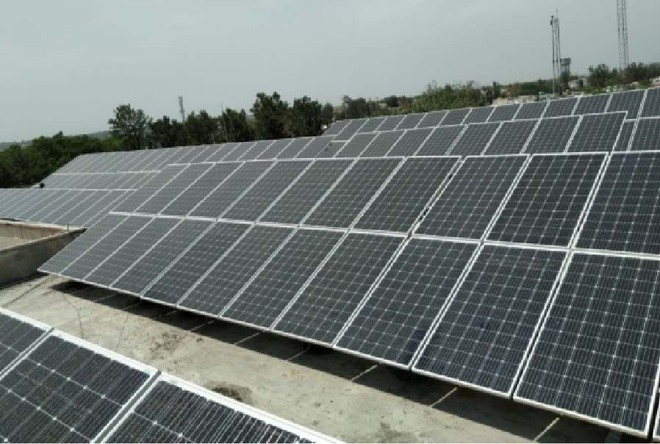 The Council of Scientific and Industrial Research (CSIR) has developed an off-grid solar and biodiesel hybrid power plant that could pave the way for small scale renewable energy generation for uninterrupted power in remote areas, villages and hilly areas.

A prototype of the system, having a peak capacity of 50kW, has been installed at the CSIR’s Centre of Excellence for Farm Machinery in Ludhiana for providing round the clock power.

Prof Harish Hirani, Director, Central Mechanical Engineering Research Institute (CMERI) said that in this scenario, localised and region specific distributed generation systems like mini-grids with small scale renewable sources could be potential generators of electricity located near the load centers and can help in addressing energy needs of local communities.

The Centre of Excellence for Farm Machinery is a part of the CMERI.

In addition, solar-biodiesel hybrid mini-grid system developed at the CMERI also has application in smart city projects because of their inherent features like integration of different sources. Unlike in rural areas, power requirement of domestic loads in cities are higher along with huge fluctuations due to varied usage patterns, making the power balancing a challenging issue.

Besides providing power for domestic consumption, it is also being used to run 5hp and 10hp agricultural pumps. Other sources of energy like wind energy and biogas can also be integrated into this system.

Experiments were conducted at Centre of Excellence for Farm Machinery during different times of day, month and in various seasons to understand the performance of the developed system under different conditions of load and solar radiation.

Both solar photovoltaic and biodiesel are renewable in nature and can help in reducing pollution. Solar photovoltaic systems installed in the form of solar trees occupy considerably less land, which is of great advantage in urban areas.

The recently developed fully automatic biodiesel plant, which has a capacity of one tonne per day, while running for right hours can produce biodiesel from feedstock such as waste vegetable oil, used cooking oil, animal tallow, etc. This type of system also helps in local employment generation.