Endangered Indian rhinoceros baby is born in zoo in Poland 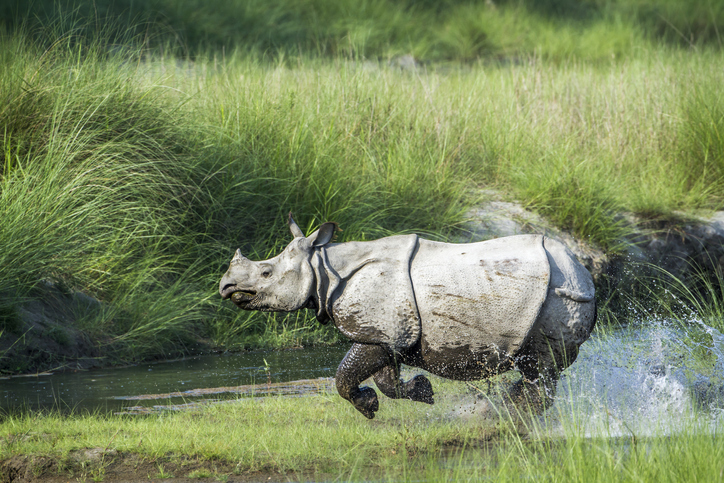 An endangered Indian rhinoceros was born last week in Poland's Wroclaw Zoo, a hopeful development in efforts to preserve the rare animals.

Born January 6, the female baby is the first Indian rhinoceros birth in the zoo's 155-year history, the zoo said Wednesday. Its parents are seven-year-old Maruska and an 11-year-old male, Manas.

“She looks after her daughter, allows her to nurse, and is very delicate, despite weighing more than 2 tons. For example, when she lies down, she's very careful not to crush the little one, and even gently moves her aside.” Ratajszczak said.

The new baby is being cared for away from the public so far.

The Indian rhinoceros was close to extinction but thanks to a protection programme launched in the 1970s there are some 3,600 now, including over 170 living in 66 zoos around the world.

The Indian rhinoceros can stand 3.8 metres ( 12 ft., 5 inches) tall and weigh up to 3 tonnes. They live in the wet, grassy areas of the northern India. They mainly feed on grass, leaves and twigs but also on fruit and aquatic vegetation. (AP)