How do fireworks work? A pyrotechnics chemist explains the science behind the brilliant colours and sounds 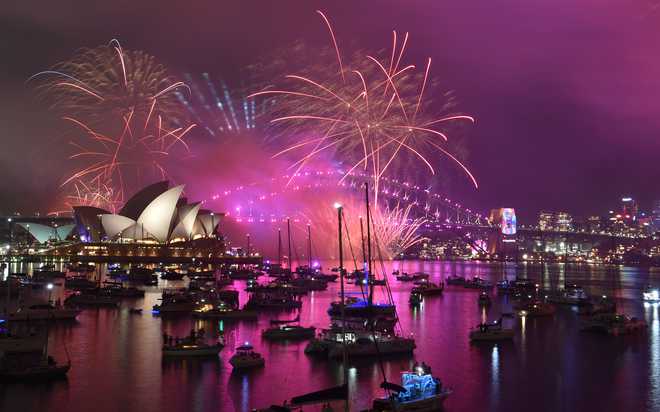 For many people around the world, the very first moments of the new year will be filled with the sounds and colourful light shows of fireworks.

From loud bangs to long whistles, bright reds to pale blues, there are thousands of variations of fireworks and an entire branch of chemistry that explores these fun explosions.

I'm a chemist and president of the Pyrotechnics Guild International, an organisation that promotes the safe use of fireworks and their use to celebrate holidays like the New Year.

There are hundreds of chemical formulas – or as I like to think of them, pyrotechnic recipes – for fireworks. These recipes are still based off an ancient mixture of chemicals that produces the quintessential bang, but modern fireworks use all sorts of chemical magic to put on the incredible shows of today.

It all starts with black powder

The first ingredient of any firework is the ancient explosive black powder. It was discovered by Chinese alchemists more than a thousand years ago, and the recipe has been virtually unchanged in the centuries since.

To make black powder, all you need to do is mix 75 per cent potassium nitrate, 15 per cent charcoal and 10 per cent sulfur. To make a basic firework or fire cracker, you just put this powder in a container, usually made of thick cardboard or paper.

Black powder is used to launch the firework in the air as well as ignite and propel the effects – like colour – into a pattern in the sky.

So how does it work?

Once lit with a fuse or spark, the sulfur melts first at 235 F (112.8 C). The sulfur flows over the potassium nitrate and charcoal, which then burn. This combustion reaction quickly produces a large amount of energy and gas – in other words, an explosion.

If there is a small hole for the gas to escape, the reaction launches the firework into the air. In a very confined space, it blasts the components of the firework apart and ignites everything nearby.

In addition to changing how confined the black powder is, changing the size of the granules of powder can change how fast it burns, too. Think about a campfire. When you add a large tree limb the flames burn longer and slower.

If you toss a handful of sawdust into the flame it burns hot and fast. Black powder works similarly, and this makes it easy to control how much and how fast energy is released.

If you put very fine black powder powder in a confined space it explodes in a cloud of heat, gas and noise. So where do the colours and bright light come from?

When you heat up any material, what you're really doing is putting energy into the electrons of that material's atoms. If you excite the electrons enough, when they fall back to their normal energy levels they release that excess energy as light.

There are a number of different elements that, when added to a firework and heated, release different wavelengths of light that appear as different colors. Strontium makes red. Barium produces green. Copper burns blue, and so on.

Making fireworks that produce blues has long been a challenge for fireworks chemists. Deep blues are too dark and can't be seen against the night sky. But if the blue is too light, it appears white. So the wavelength of the “perfect blue” has to be very precise.

This is hard to achieve because blue light has a shorter wavelength – meaning the distance between the peaks and valleys of the wave of light are very close together.

Certain elements produce different colours, but what about sparkles and flashes? To make these effects, various metals can be added to the pyrotechnic formulas. Aluminum, magnesium and titanium all produce white sparks.

By adding iron you get gold sparks. Mixing in various types of charcoal can produce red and orange sparks. Each of these elements burns at a different speed and in a different way and so produces varying colours and intensities of light.

Making a whistle or a boom

The final piece of a good firework is an exciting sound effect.

To add sound effects to fireworks you need a formula that produces a large amount of gas very quickly. If a firework has a small opening for the gas to exit through it will produce a whistling sound. The velocity of the gas and size of the opening will vary the pitch and sound of a whistle.

Making a boom is much easier. Simply put an energetic formula in a confined space with nowhere for the gas to go. When ignited, the pressure will build and the firework will explode, producing a sudden boom or bang.

As you watch the fireworks this New Year's Eve or launch some of your own in the backyard, you'll now know how they work. Fireworks are a lot of fun, but the explosions and burning chemicals are dangerous – even if they do come in colourful packaging. If you can legally launch consumer fireworks in your town, please handle them properly. PTI