The shipping industry carries around 80% of global trade and accounts for around 3% of global carbon emissions, 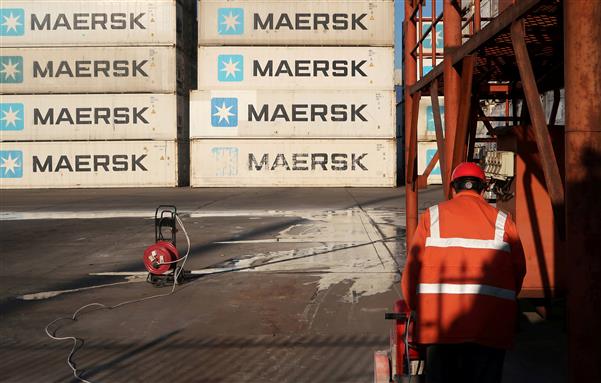 A worker is seen next to Maersk shipping containers at a logistics center near Tianjin port, in Tianjin, China. Reuters photo.

Shipping group Maersk said on Wednesday it will accelerate plans to decarbonise sea-borne container shipping by putting the world’s first carbon-neutral vessel into operation in 2023, seven years ahead of its original plan.

“Fast-tracked by advances in technology and increasing customer demand for sustainable supply chains, Maersk is accelerating the efforts to decarbonise marine operations with the launch of the world’s first carbon neutral liner vessel in 2023,” the company said in a statement.

The carbon-neutral vessel will be fuelled by methanol, it said.

“Our ambition to have a carbon neutral fleet by 2050 was a moonshot when we announced it in 2018,” Chief Executive Soren Skou said. “Today we see it as a challenging, yet achievable target to reach.” —Reuters